Report below by Matt Bailey, Chairman of the OCFC. 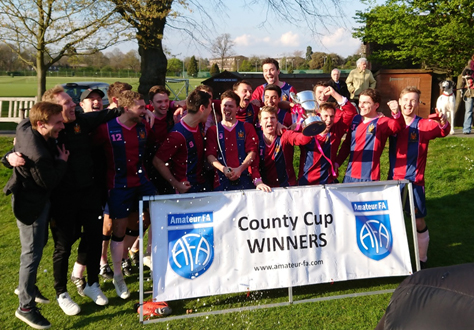 Saturday 13 April 2019 will be remembered as the day the OCFC history books needed re-writing.  One hundred years ago, the OCs lost in the first Amateur Football Alliance Final (AFA), this weekend, in glorious conditions at the Bank of England Ground, playing in the Centenary Final, we were victorious for the first time in our history.

The magnitude of this achievement cannot be understated.  This is the biggest win since our FA Cup victory in 1881.  We are the first Closed Club to have won this trophy in one hundred years and we now have the full sweep of trophies that could be won at 1st XI level through our history – The FA Cup, FA Amateur Cup, Amateur FA Cup, Arthur Dunn Cup, London Old Boys Cup, Old Boys Cup and the Arthurian League.  A staggering achievement. 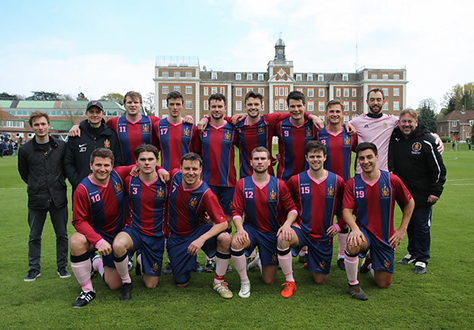 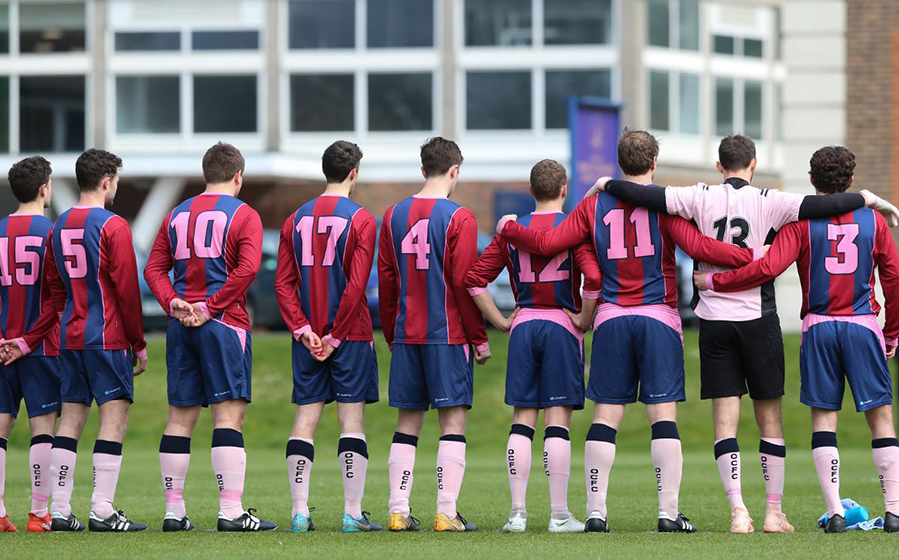 As for the game itself, the OCs started slowly and found themselves a goal down mid-way through the first half.  But as the game developed our calmness and confidence began to emerge and were unlucky to go into the break behind.

Early in the second half a super jinking run from Gilbey resulted in a clipped leg and a stonewall penalty, one that was dispatched with consummate ease by captain Ant Beddows.  Chances came and went and how the OCs didn’t win in normal time is a miracle, but that brought an exciting period of extra time, allowing the OCs to show their superior fitness and control.

The lead was taken with a poachers finish from Fenton, following in from a Beddows header.  Then, with time running out, a measured long ball from (Man of the Match) Hornby found the imposing figure of Tim Downes, who yet again surprised the spectators with a feather-like first touch, moved in on goal and clinically slotted into the bottom left to send the OC spectators, and those watching through the online stream across the globe, absolutely bonkers.

Thank you to all who came to support, it was a great turn out and a thoroughly enjoyable afternoon.

For those who have not had the chance to watch the OCs this season, there is another massive game coming up, The Arthur Dunn Final on 27 April at Old Merchant Taylors School in NW London (nearest tube Moor Park on the Metropolitan Line). 3pm Kick Off.  It's against the Old Etonians, who will be fired up and well supported.  We'd love to see as many of you as possible to help us win an unprecedented Quadruple.

With all this great news in mind, we are looking to host a long-overdue dinner in September to commemorate the last few years of OC football and also re-engage with our glorious list of alumni.   More details will follow on this in the coming weeks.

Dates for the diary: