From Iceland to LA, our pupils took their learning worldwide!

Over half-term, a total of eight trips abroad took place for Charterhouse pupils, visiting locations all around the world to enrich their studies.

The Classics Department led a group of 15 pupils around the Greek mainland for a week of sightseeing, sunshine and souvlaki! Pupils got to explore, amongst others, the centres of ancient democracy in Athens; the religious and social crossroads that was ancient Delphi (home to probably the most spectacular views in the classical world); Olympia, home to the ancient games and Zeus’ remarkable temple; there was even the chance to dip toes in the sea after long days exploring Nestor and Agamemnon’s palaces at Pylos and Mycenae respectively. 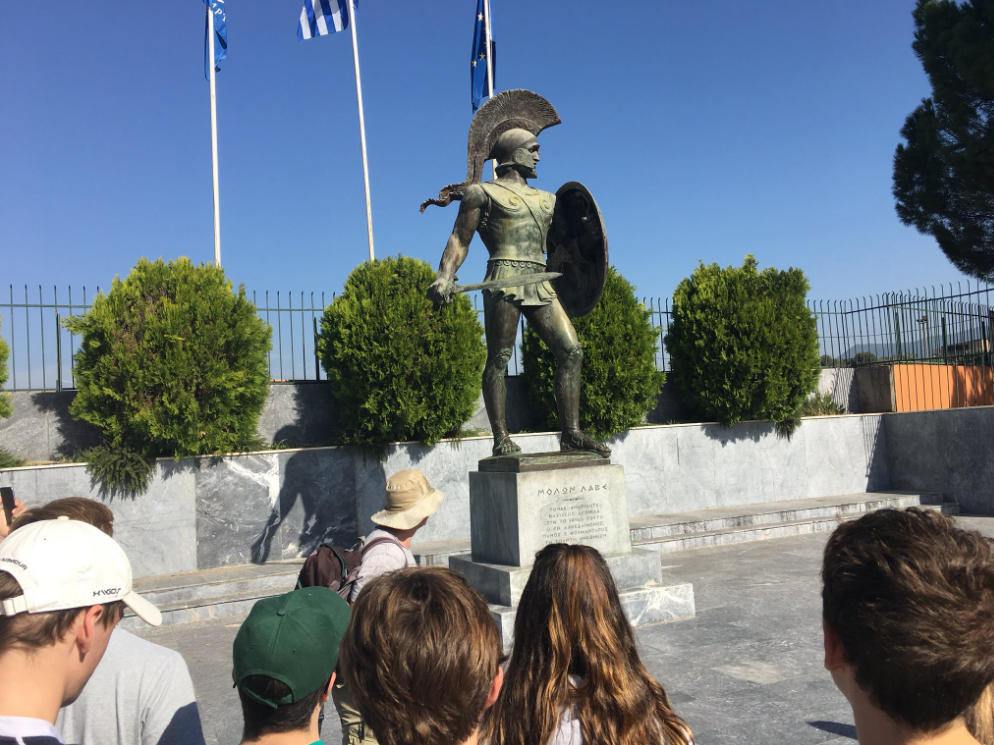 Theology Trip to Italy and Turkey

During half-term pupils enjoyed a triumphant theological expedition to two wonderful countries. An ambitious trip which took in both Italy and Turkey, this was a journey where east meets west. Pupils were treated to a special tour of the Vatican Gardens, St Peter’s and Necropolis in Rome, courtesy of alumna Laura Giani. Having visited catacombs, basilicas and the art of Caravaggio, they headed to Assisi to venerate the tomb of St Francis and then on to Ravenna. Home to some of the finest mosaics of the sixth century, pupils explored the impact of ancient theological controversies in San Vitale and San Apollinare Nuovo. On they went from here to Venice as they wondered at the Basílica of St Mark’s, the works of Titian and Bellini and the plundered ancient loot from their final stop, Istanbul. Here the journey from the ‘old’ Rome to the ‘new’ Rome of Constantine was completed with visits to the Hagia Sophia and Süleymaniye mosque, as well as the remarkable twelfth century Chora Church. Following the compulsory visit to the Grand Bazaar, an exhausted, yet satisfied group of lucky pupils returned home after a superb experience like no other. 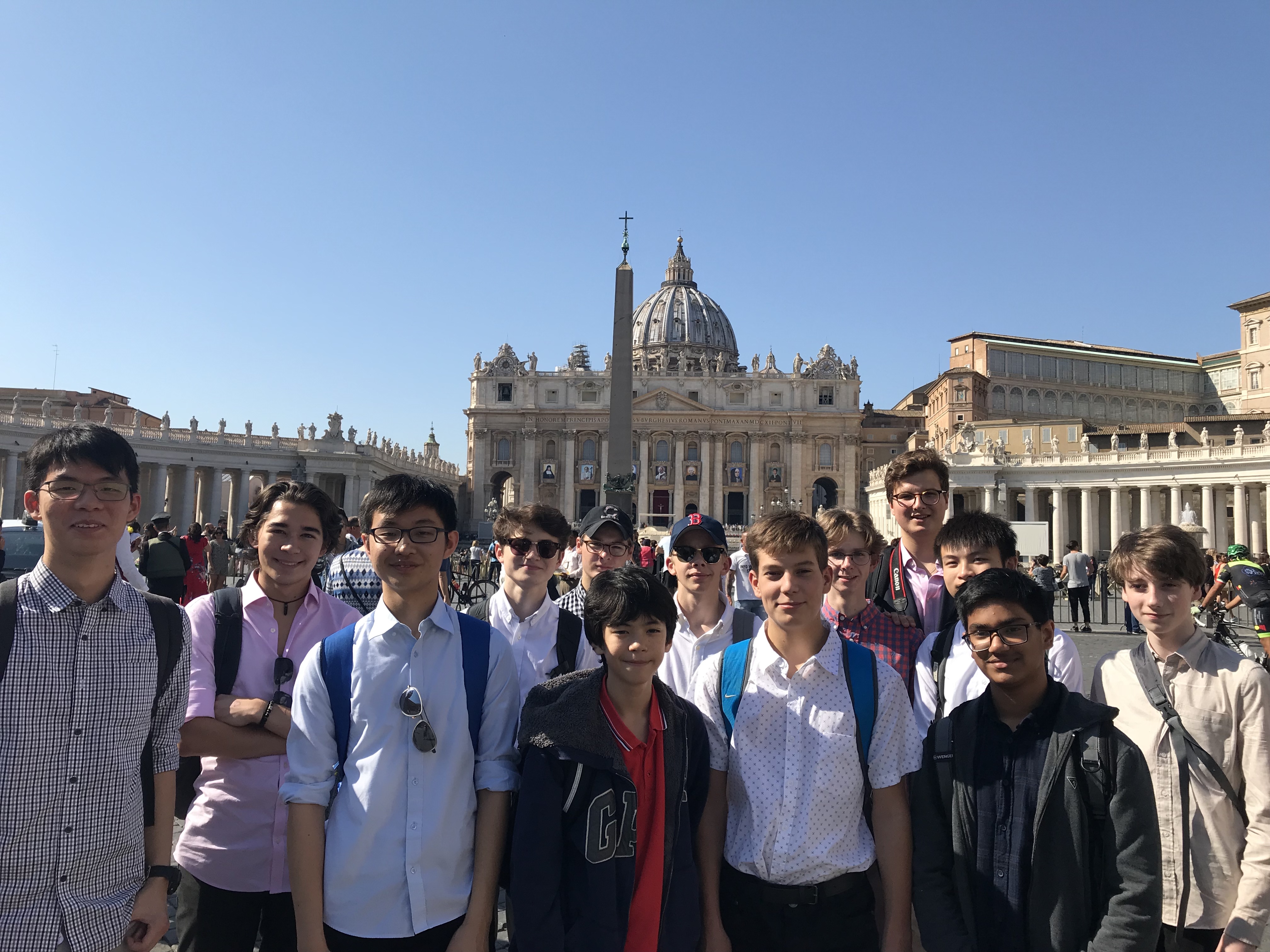 Twenty-six Art and Design pupils experienced West Coast magic over a five-day tour to Los Angeles. The hotel with swimming pool and palms in Studio City provided a perfect backdrop to see the sights. The driver Dan knew the freeways like no other LA resident and avoided most jams to see art at the elegant Getty Centre and Villa, and contemporary works at the Broad and MOCA. The Warner Brother Studio tour was a real highlight, seeing where shows like the Big Bang Theory and Ellen were filmed along with major movies like LA LA Land. Universal Studio was a rush of big rides and virtual reality. Pupils came away questioning what was real and what was artificial! The final stop on the way to the airport was considered by all to be the real LA – Venice beach with its rich strata of everyday life. 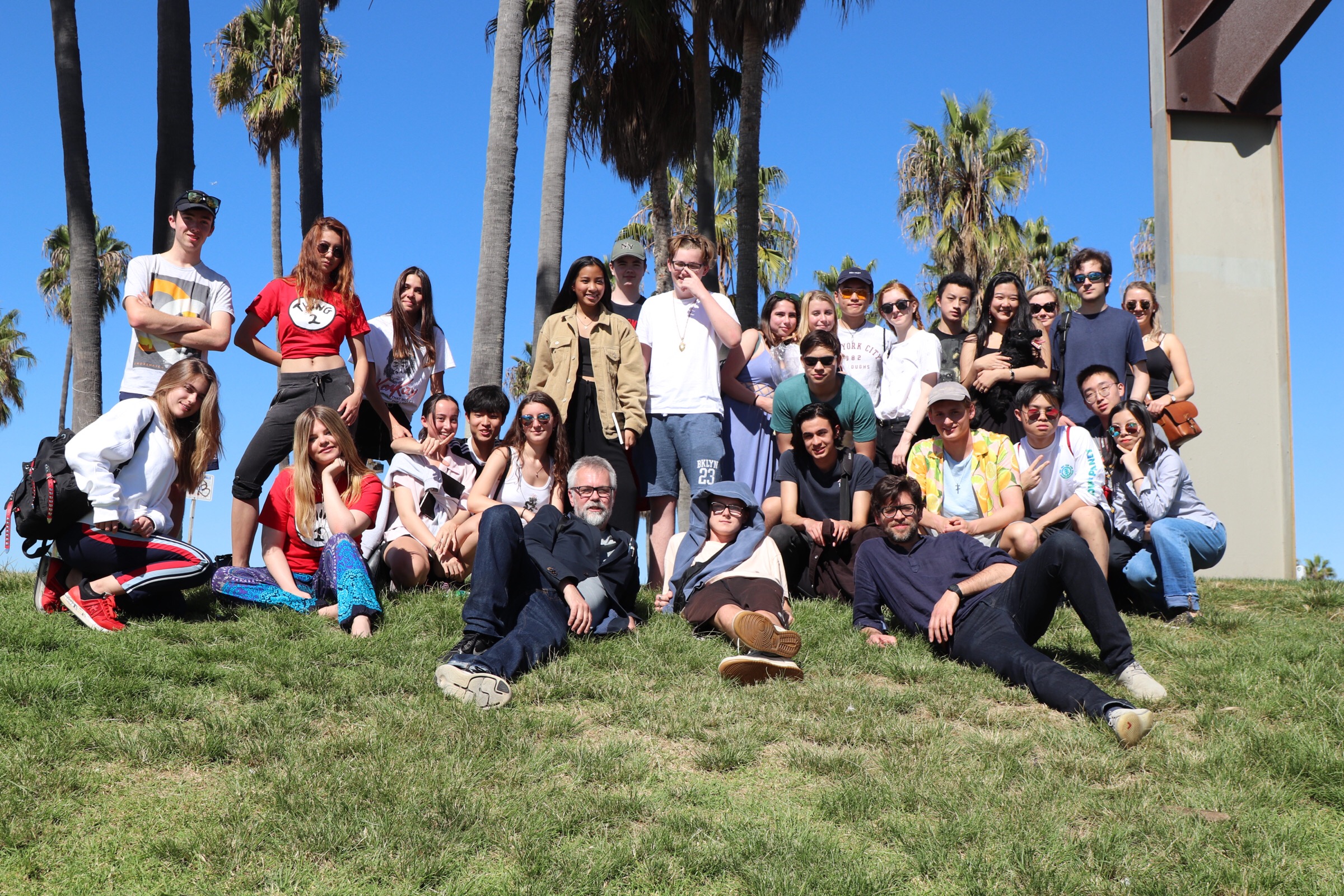 The trip to China at half term involved 34 pupils and five staff, visiting Beijing, Xi’an and Shanghai, a total travel distance of about 13,000 miles. Primarily an Economics trip, pupils visited the University of Tsingua in Beijing, as guests of Gabriel Spooner’s father, Simon Spooner, where they learned about the Global Governance programme and heard a talk on the One Belt, One Road initiative. In Shanghai pupils visited the Volkswagen factory and were also invited to an afternoon at Duan & Duan Law Firm, as guests of Hailun Wu’s father, William Wu, to hear talks on Chinese Law and the economy of China. Wrapped around those were a plethora of sightseeing and cultural experiences; The Great Wall, Terracotta Army, a cycle tour of the walled city of Xi’an, a tea ceremony, a Tang Dynasty experience and a sumptuous dumpling banquet! 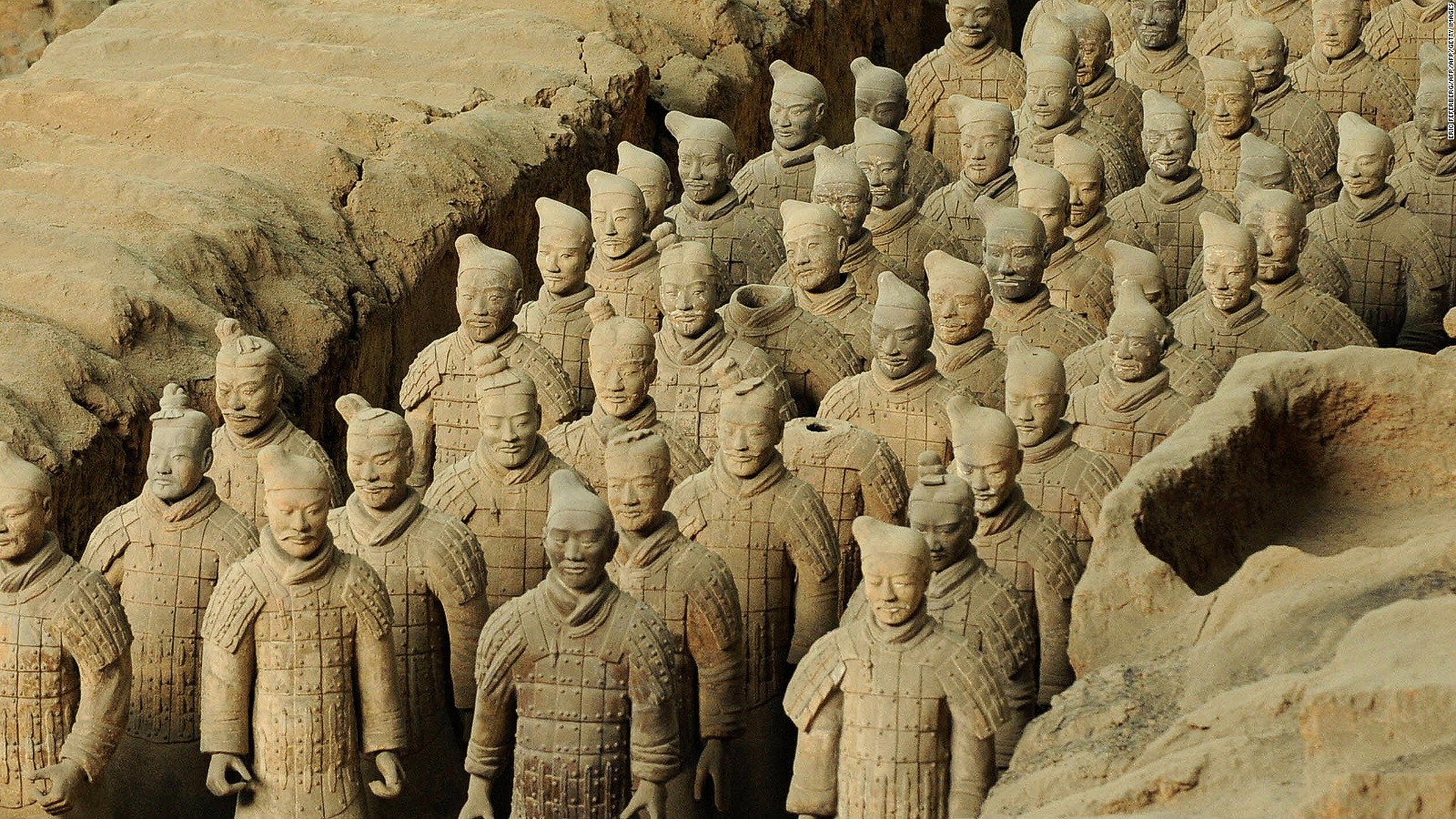 Economics and Politics Trip to Belgium

Economics and Politics pupils boarded the Eurostar and embarked on an educational adventure to spend five days learning about the main institutions of the EU and views on Brexit from the centre of the EU. Pupils were lucky that the visit coincided with one of the last-minute trips arranged by Theresa May to keep the negotiations on track and make the concessions always required by the Commission. Pupils spent time at the Council, the Commission, Parliament and NATO, along with visiting a Brussels school to play football, and debate politics. 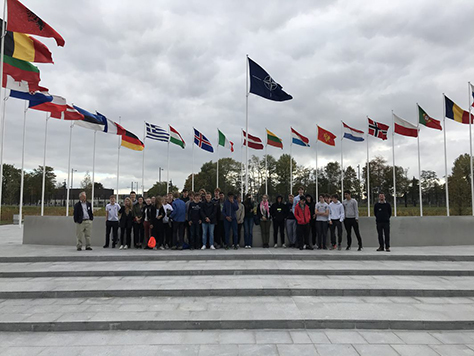 This Year 10 Geography trip to Iceland's South coast was spectacular and challenging. Pupils explored the freezing landscape and discovered regions of volcanic activity. This included geysers, volcanic craters, lava tubes and a glacier walk on top of an active volcanic area. During the glacier walk, pupils drank glacial melt water, whilst using their pickaxes for support! 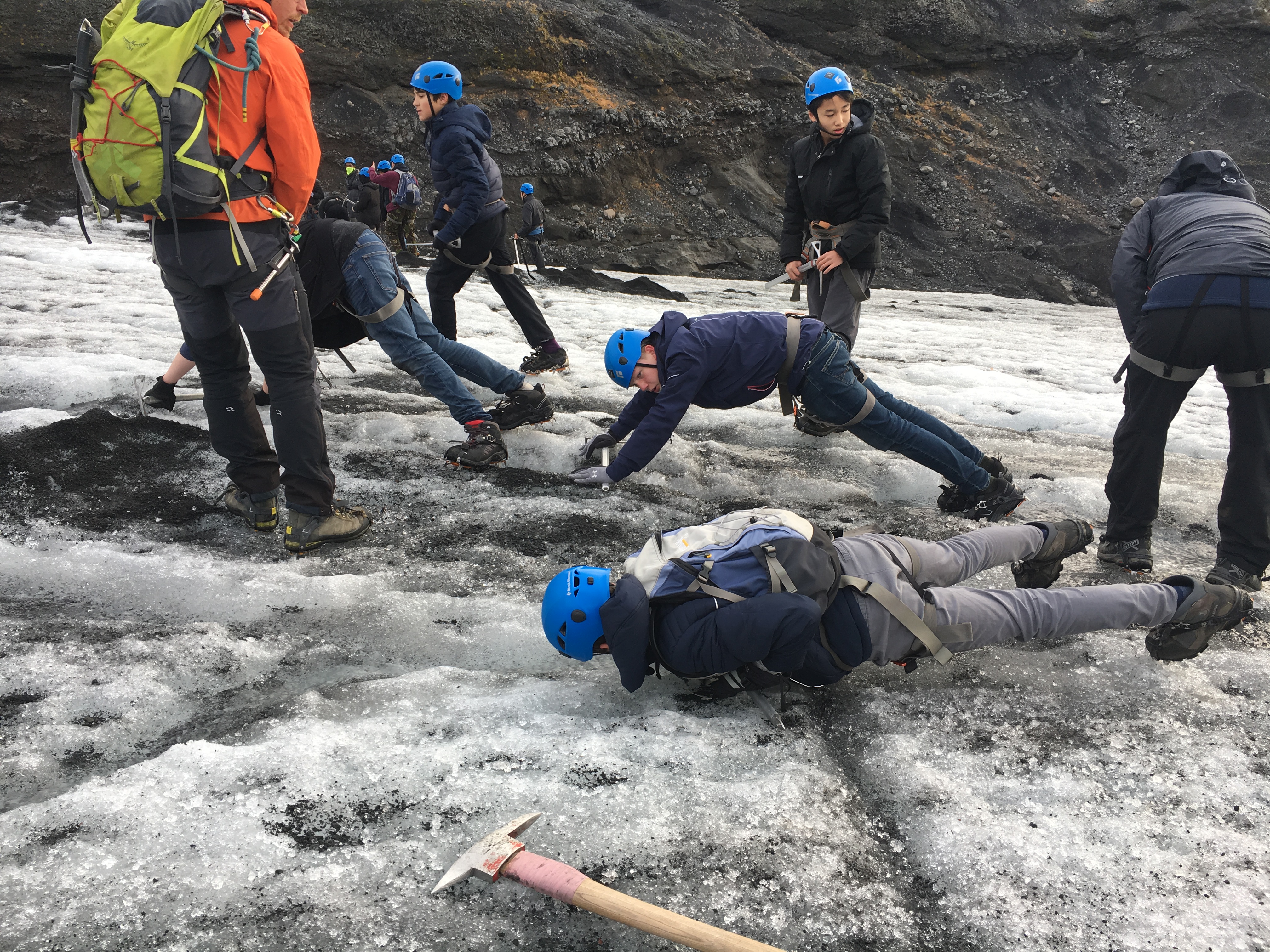 Nineteen Year 11 pupils studying Spanish were lucky to have been a part of a very successful fully cultural and educational trip to Valladolid. On the first day, they visited the city of Segovia which was declared World Heritage by Unesco. Having admired its famous aqueduct, the old city and El Alcazar, they headed into Valladolid. The pupils had the privilege of taking lessons in Spanish in very small groups in very well-known language school, La Casa del Español in the morning. In the afternoon, they enjoyed a broad range of cultural activities including a cooking session of traditional Spanish food, watching a local rugby game, going out for dinner to a traditional “bodega” and a visit to the science museum. One of the highlights of the trip was a one-day trip to Madrid, where they had the chance to visit the Real Madrid stadium, Santiago Bernabeu, and have a wander in Madrid where they enjoyed some of its most famous highlights such as the Royal Palace. After a very intense, but equally productive and rewarding week, the group came back home feeling they had had a wonderful immersion in the Spanish culture. 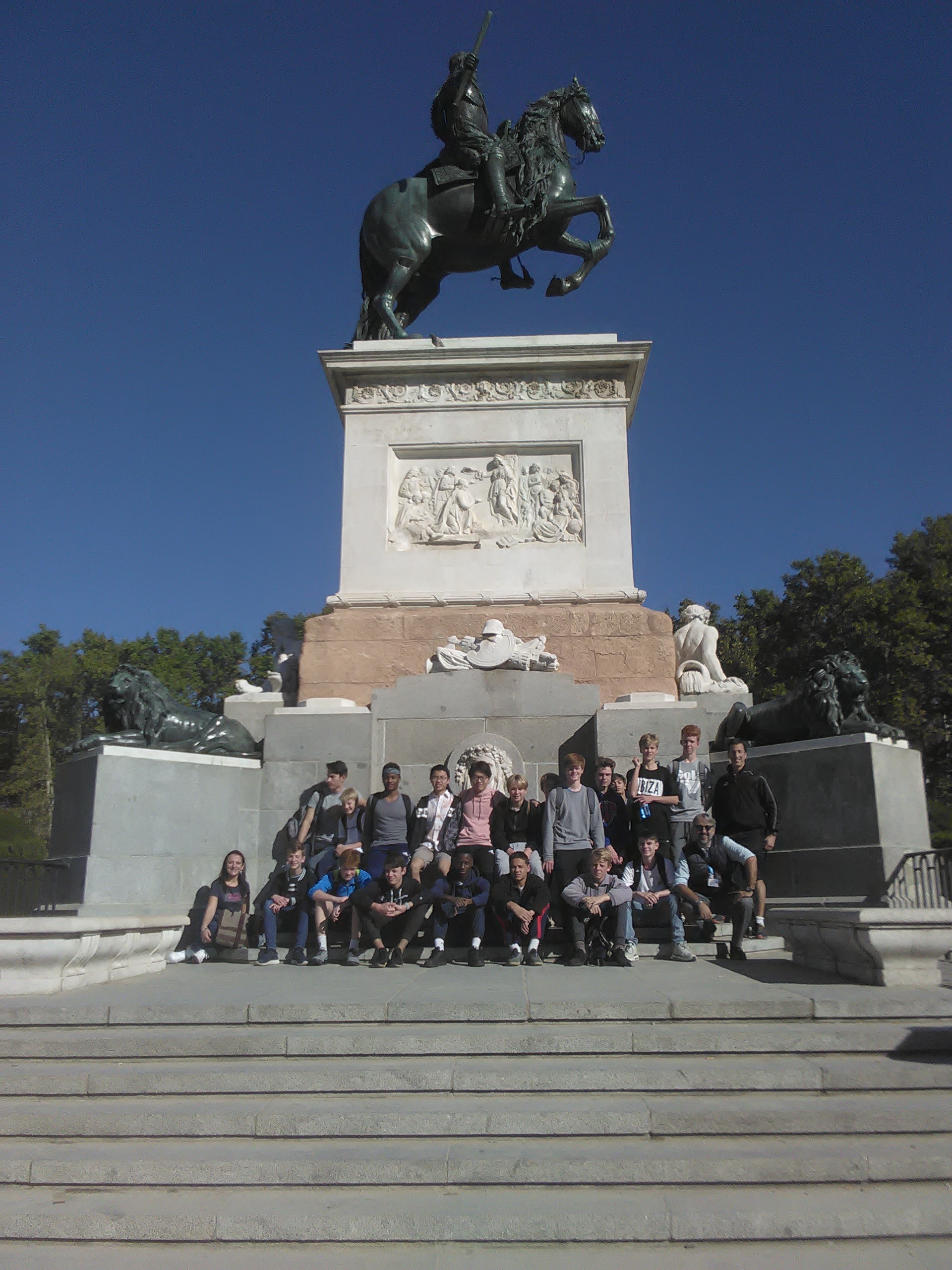 The German Department took a small group of pupils to Munich to experience language and culture in the capital of Bavaria, the heart of southern Germany. Munich is a city full of contrast, where strong Bavarian traditions meet high-tech developments and pupils enjoyed five sunny days, visiting the Bavaria Filmpark, Deutsche Museum, Allianz Arena and the BMW museum. The pupils also attended German lessons, dined in traditional Bavarian restaurants and had time to take in the atmosphere around Marienplatz, the main square of the city. It was a fantastic trip which will be expanded upon in the coming years. 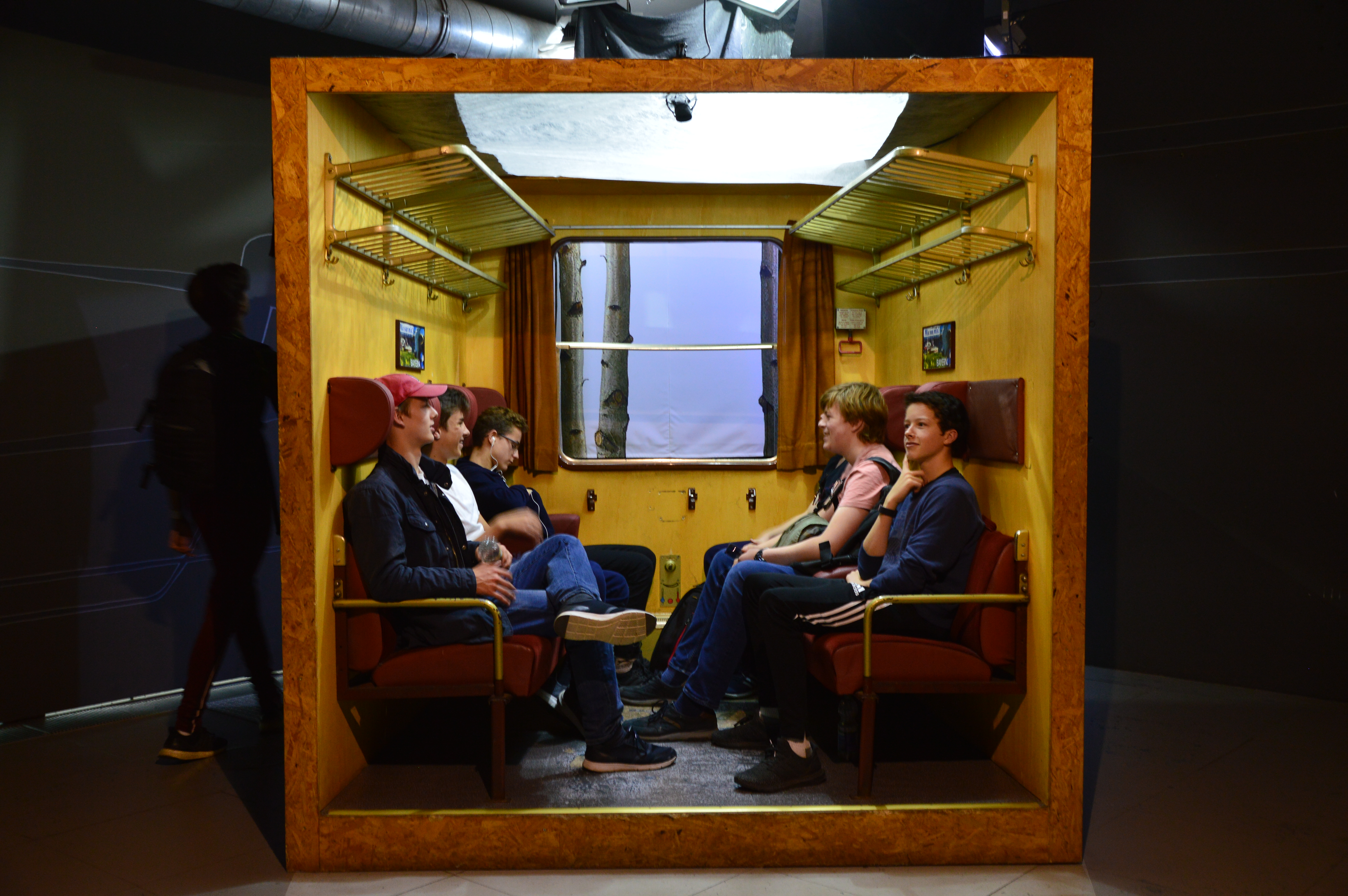