Life on a knife edge: six-year survivor of brain cancer, Jim Richardson, tells his story at the recent Perception Lecture

Dr Balasubramanian (Chair, Perception Society) welcomed an extraordinary speaker this week: Jim Richardson is six-year survivor of brain cancer who underwent a successful surgery procedure performed by the famous neurosurgeon Henry Marsh who mentions Jim’s case on the opening chapter of his book ‘Do No Harm’. The pupils in attendance were lucky enough to hear the heart wrenching and emotional account and there were many significant messages and lessons to take away from the evening.

Review of the lecture by Iona Harrison, President of Perception and Head Girl, Charterhouse. 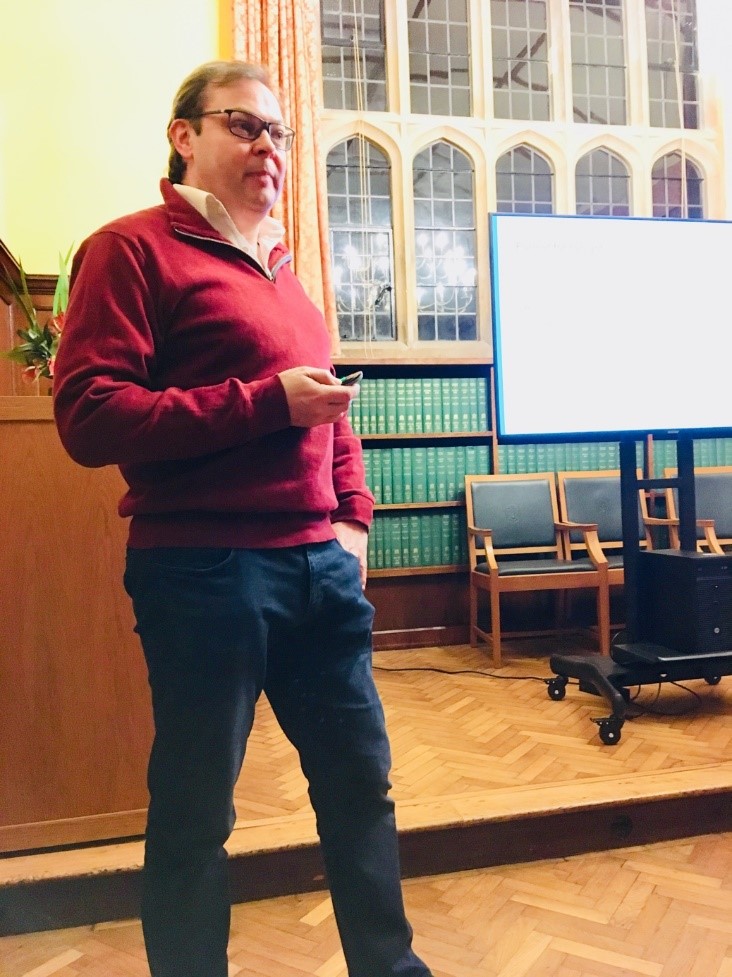 Jim was diagnosed with a Pinealoma in February 2013 after experiencing progressively more severe migraines and blurry vision. The doctors who told him the bad news said that he had a three out of ten chance of surviving, and that if he did nothing, he had about ten days to live. I don’t think that anyone can really imagine what this must feel like, but Jim described being struck him down both physically and mentally. However, clearly there wasn’t really much choice in terms of treatment – Henry Marsh was one of the only people who were willing to operate and was pushing to do it as soon as possible. Jim was one of the few lucky ones in that the surgery was successful and has almost no side effects because of it. 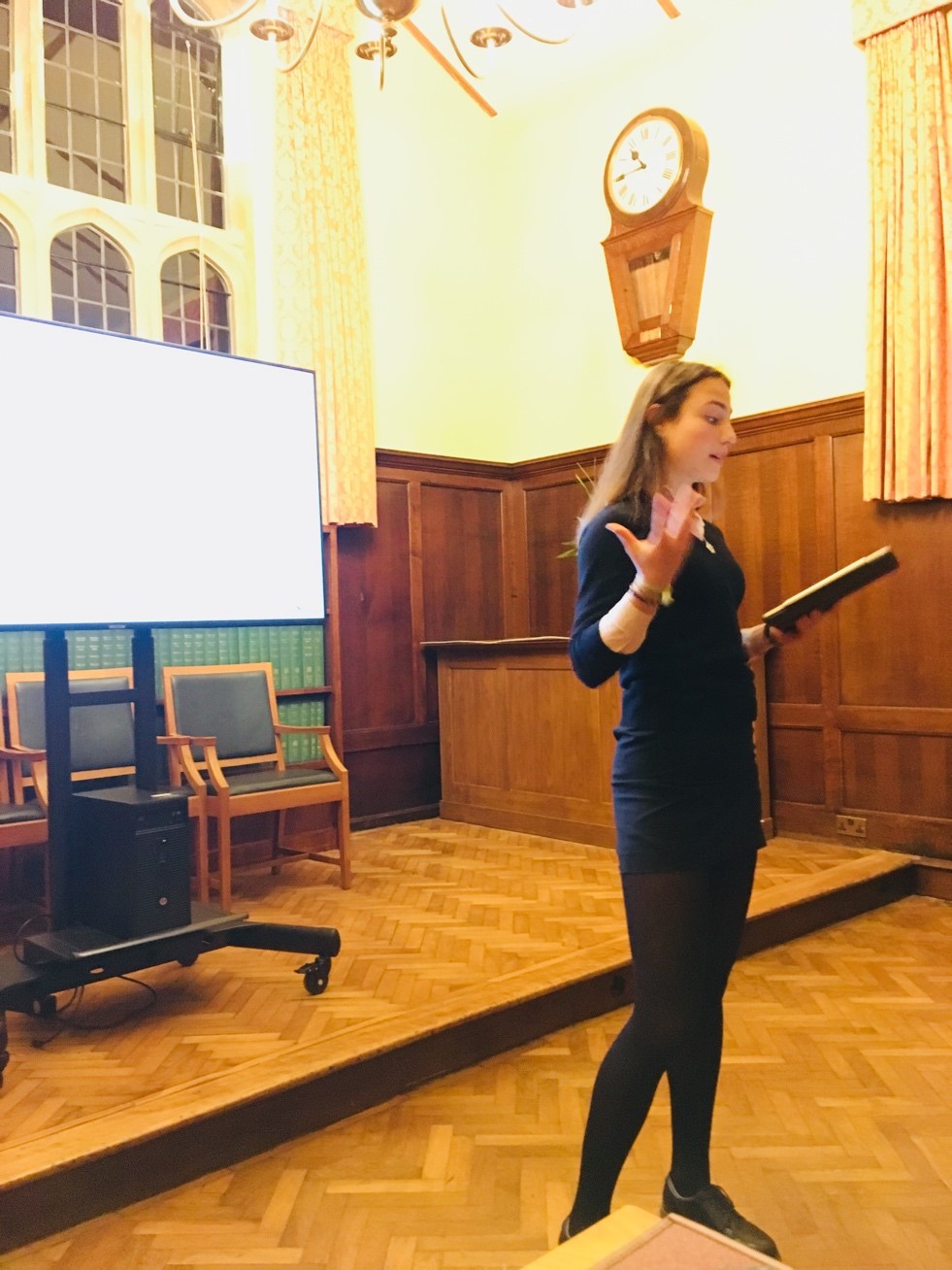 The emotional repercussions of the diagnosis were far reaching. A mixture of anger and pure fear completely consumed him, with the complete lack of sleep caused by the news taking a further toll on his health. He began frantically tried to self diagnose and work out his chances of living a normal life, including using the internet to do his own research. He said: ‘I became an expert in survival rates; and I knew mine were not good, maybe 15%’. Ironically, Jim now works for a company called Babylon Health who develop Artificial Intelligence based technologies to help diagnose patients more quickly than doctors, that is often implemented to online self diagnostic sites. 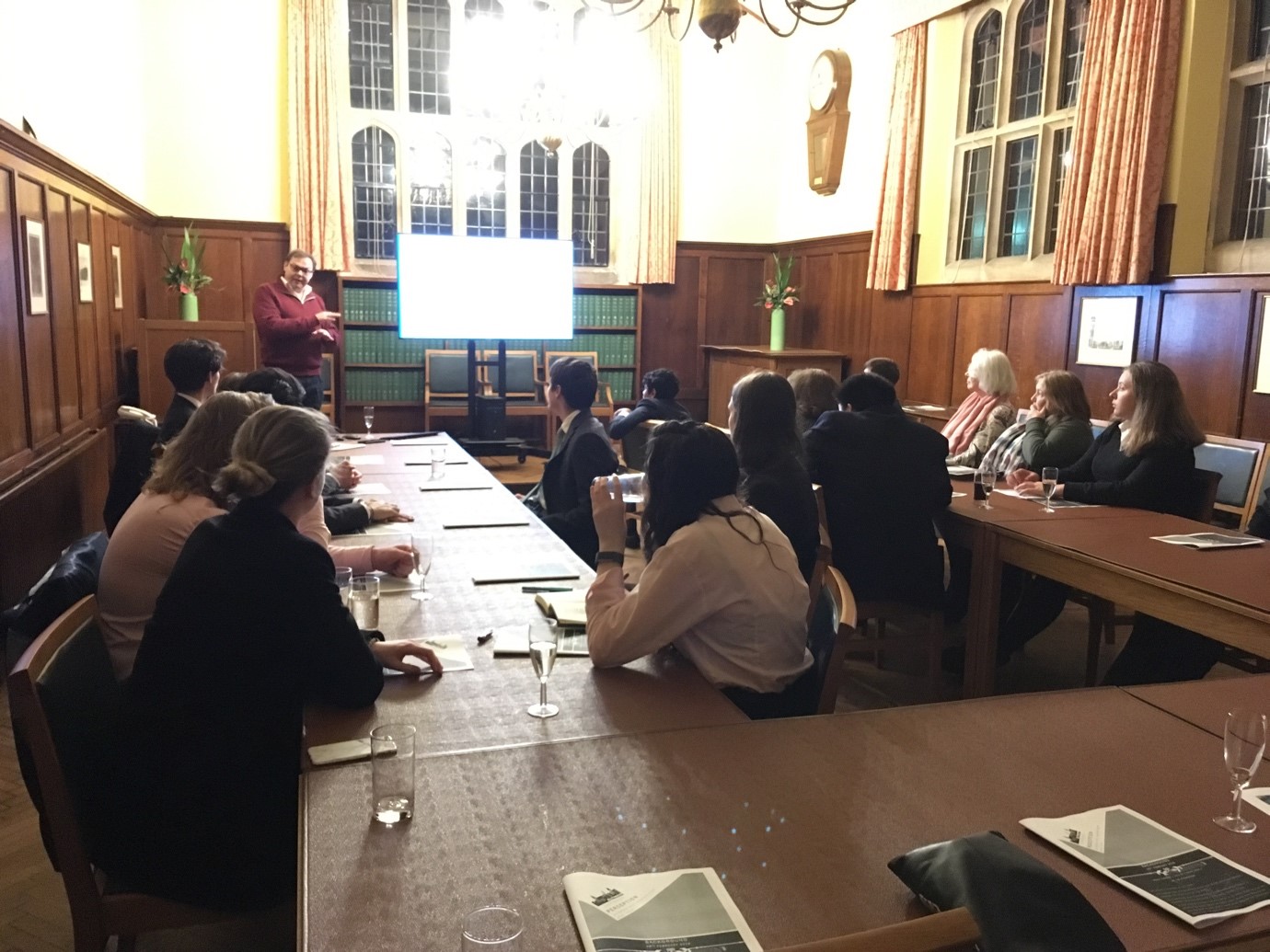 After undergoing a series of operations and spending a short amount of time in intensive care, Henry Marsh made the decision not to continue with the recommended procedures and to leave him under observation – a decision which actually led to Jim having what could only be described as a near-death experience. He saw his wife’s stepfather, who was dead at that time, although he now considers it symptom of the cocktail of strong drugs he was on. 24 hours later, he was discharged from hospital in a truly remarkable turn of events. He was sleeping 20 hours a day and unable to care for himself, but he was alive and well, much to the disbelief of many of the doctors and onlookers. The recovery process was slow and he found it hugely important to accept this and find some form of routine – whether this involved completing brain training games every day or going swimming to get his strength up. By June 2013, he was back to work part-time – frankly a super-human feat. 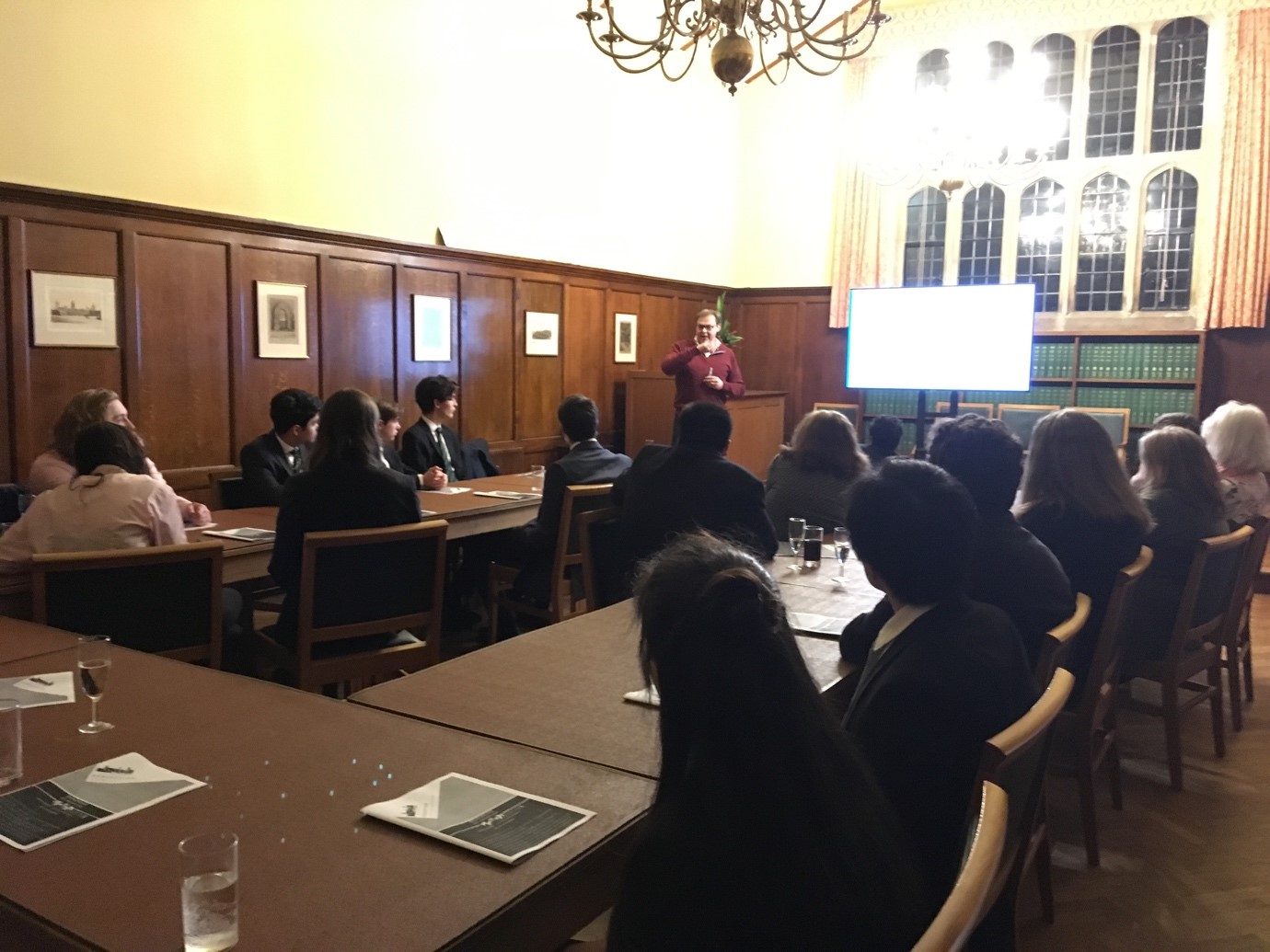 The whole experience was clearly a massive opportunity for change and readjustment where Jim reflected on the power of the support from family and friends, particularly the presence of humour and a positive attitude at such a challenging time. It was the light hearted messages from his mates that got him through the lonely days in hospital – even the time one of his best mates managed to persuade the rest of his friends that the surgery had affected Jim’s sexuality. Of course Henry Marsh himself also played a significant part in the process and recovery. Eccentric, highly skilled and very opinionated on everything from the NHS to global politics, Jim considers Henry Marsh as ‘his hero’, which was an incredible moment in the talk. Everyone in the room felt the emotion that Jim brought to the the speech and really appreciated the rawness and humanity that he conveyed.

We would like to thank both our speaker Jim Richardson for such an interesting account and the Chairman of Perception society Dr Balasubramanian for his continued efforts towards the organisation and planning of these unique events. 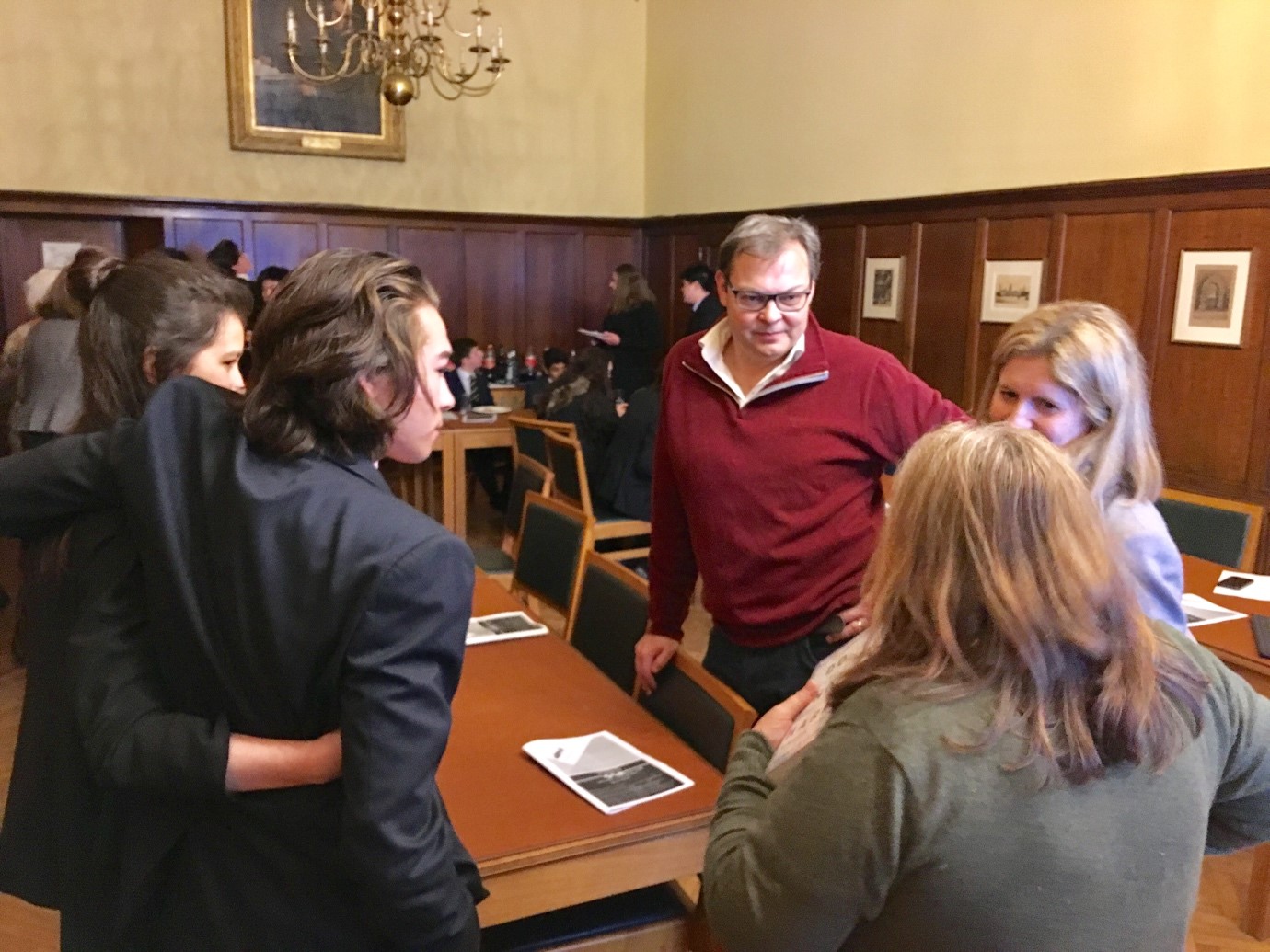