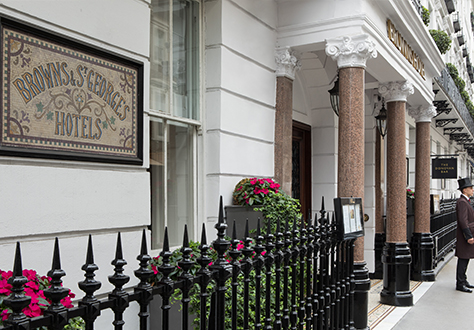 On Monday 18 March, the first event of our Charterhouse Inspires series took place at Brown’s Hotel in London. The topic for the panel debate was #BalanceforBetter, inspired by International Women’s Day 2019. The event was highly anticipated and was sold out within two hours.

The panel, consisting of our host Irene Forte (L07), Ann Kenrick OBE, Jill Lodge, Caroline Marsh and chaired by Dr Alex Peterken, discussed some difficult questions, such as ‘how has the work place changed’, ‘can women have it all’ and ‘how can work life balance be achieved’.

Old Carthusians, parents, pupils and staff came together to listen to an interesting and honest debate as the panel discussed their experiences. 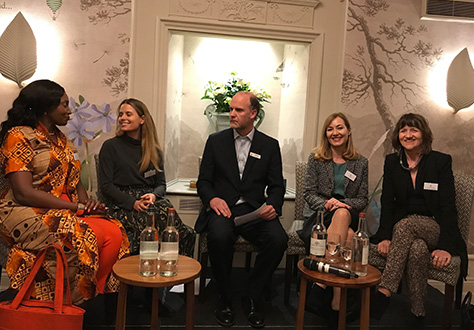 It was a varied and lively debate which included discussions on the importance of mentoring, networking and resilience and that balance is everyone’s issue not just a women’s issue.

Please see below for full descriptions of the panellists.

Hardworking and determined, Irene plays a pivotal role in the Rocco Forte Hotels group as Wellness Director. She launched a government funded careers and training app for the hospitality industry in 2015 and has recently launched her own skincare line, Irene Forte Skincare.

Ann was listed in 2018 as one of the 'remarkable women who have shaped British Society by London's Foundling Museum as part of its 'First among equals campaign'. She is the very first female Master of The Charterhouse during its 400 year history and has overseen the introduction of female 'Brothers' to the alms house.

Jill is the General Counsel for CM Investment Solutions, a fund management company with over USD 11 billion of assets under management. Prior to that she spent a decade at Bank of America Merrill Lynch where she was a Managing Director and Associate General Counsel in the Legal Department. Jill trained as a lawyer at Allen & Overy and has also worked at Nomura International as Head of the Equity and Debt Capital Markets Transaction Legal team. She is a non-executive director on the board of UpReach Services Limited which works with employers and universities to help undergraduates from less-advantaged backgrounds to access and sustain top graduate jobs.

A successful leading property investor, Caroline was one of only 15 women to appear on Channel 4's The Secret Millionaire series. Her attitude and advocacy of mentoring have been an inspiration to thousands.