A fascinating start to our new season of Perception lectures

Perception is one of the most high profile academic societies at Charterhouse. It is managed by Dr Balasubramanian, who is Deputy Housemaster in Robinites and teacher of the International Baccalaureate Higher Level curriculum in Biology.

It seeks to explore uncharted waters, broaden horizons, inspire and inform us about intriguing concepts, new perspectives and the very latest in research most relevant to the current generation.

Perception lectures are organised by Dr Balasubramanian, who is Chair or the Society and last week, we were very lucky to have Mr Adam, writer, former editor (at Nature) and a journalist (at The Guardian & Sunday Times), provide a very raw and honest insight into the harsh reality of Obsessive Compulsive Disorder (OCD). 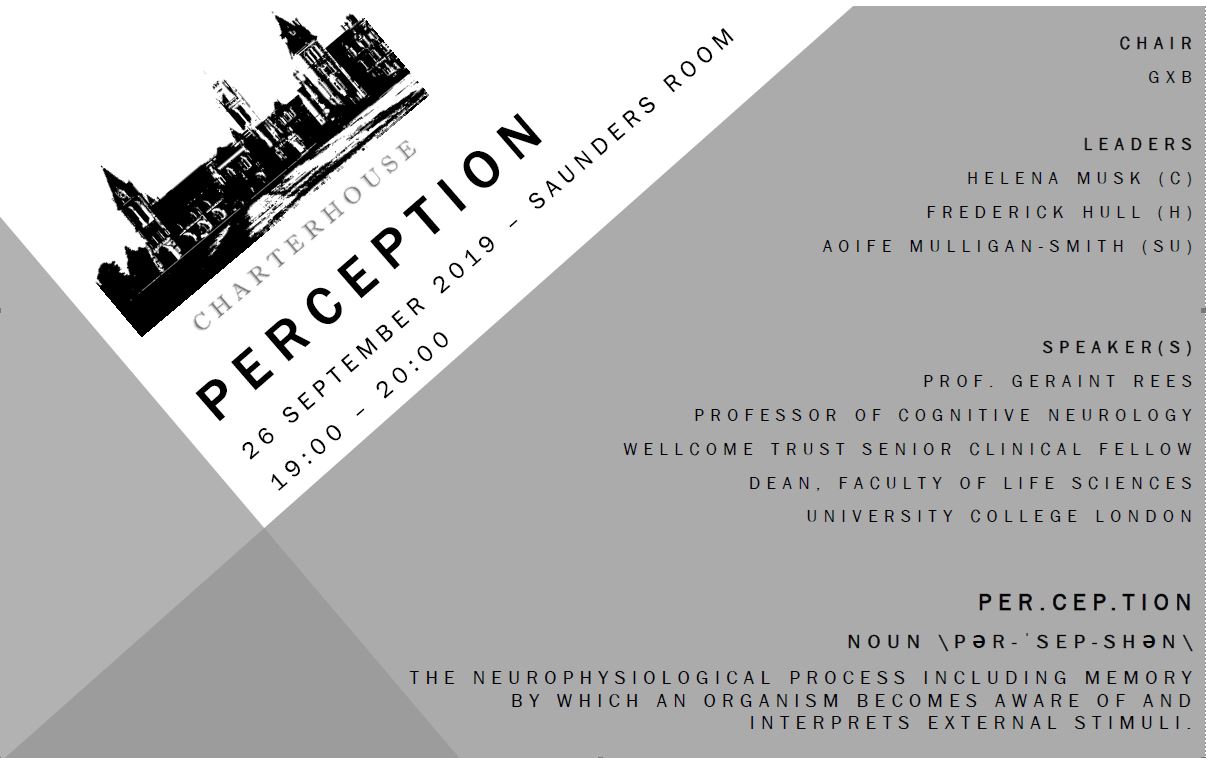 Adam explained OCD in a depth that most of our audience would not have previously anticipated as being the truth of the disorder and then continued to use his own life as a case-study for he himself suffered with OCD in relation to the obsessive thoughts of contracting HIV and AIDS.

Despite Mr. Adam’s previous issues with opening up about his OCD, he is now clearly able to stand in front of a room of people and be very candid about his experiences. During the very dark moments of his life, he wrote ‘The Man Who Couldn’t Stop’, which he explained helped him to introspect deeply upon his experiences and chronicle them so openly to Carthusians.

Throughout his lecture, Adam informed us the OCD is not a ‘behavioural quirk’ but rather that it consists of unwanted, intrusive and dangerous thoughts. “You cannot out-think a thought” he said. He vividly recalled the moment when thoughts started to become pervasive – “I distinctly remember it being very odd, quite out of place, like snowflake [that] had fallen from the sky in the middle of Summer”. He discussed matters of treatments such as Cognitive Behavioural Therapy which aims to break the vicious cycle of dangerous thoughts, leading to ‘extinction decay.’

Mr. Adam spoke eloquently, drawing upon personal experiences and emotions; the lecture was as informative as it was compelling and it drew from the audience some very interesting and diverse questions, ranging from science to philosophy, from neurochemistry to consciousness. After the event, pupils had the opportunity to speak with Mr. Adam and discuss some of their own personal experiences.

We would like to thank Mr. Adam, for providing us such a unique insight into a rather hidden and incomprehensible world, and of course to Dr. Balasubramanian, for arranging such a fantastic start to this extraordinary lecture programme at Charterhouse.