The 2019 House Singing Competition took on a new format this year, turning out to be a most successful event, at which every member of the School was given the chance to stand on the stage with their House and perform to a packed audience in Hall. The evening was split into two halves with seven Houses performing in each half. Repertoire was wonderfully eclectic with a number of pupils donning their instrumental skills also to enhance the performance. Credit too must go to those pupils who so wonderfully conducted their forces, really adding to and guiding the performances. 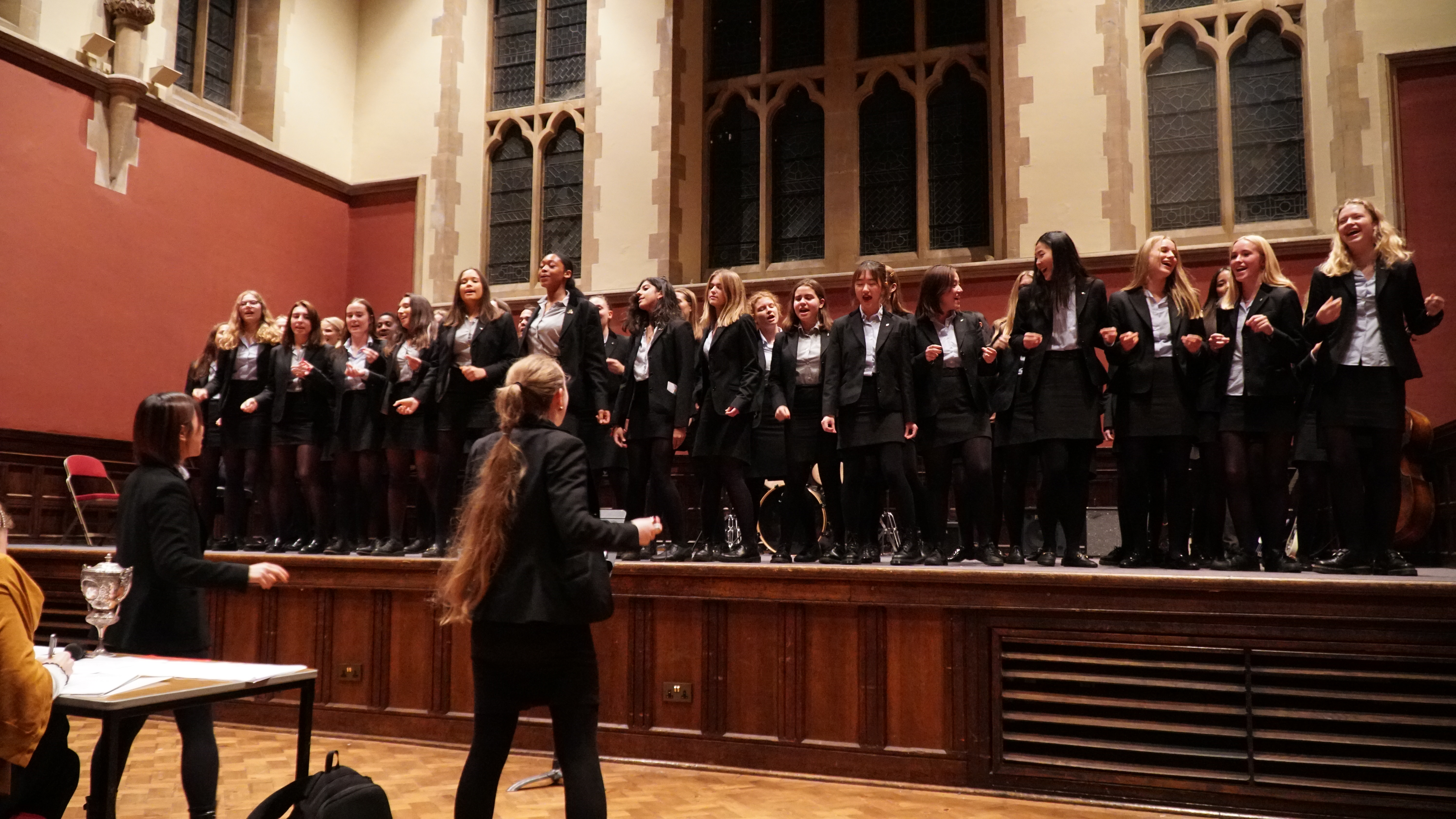 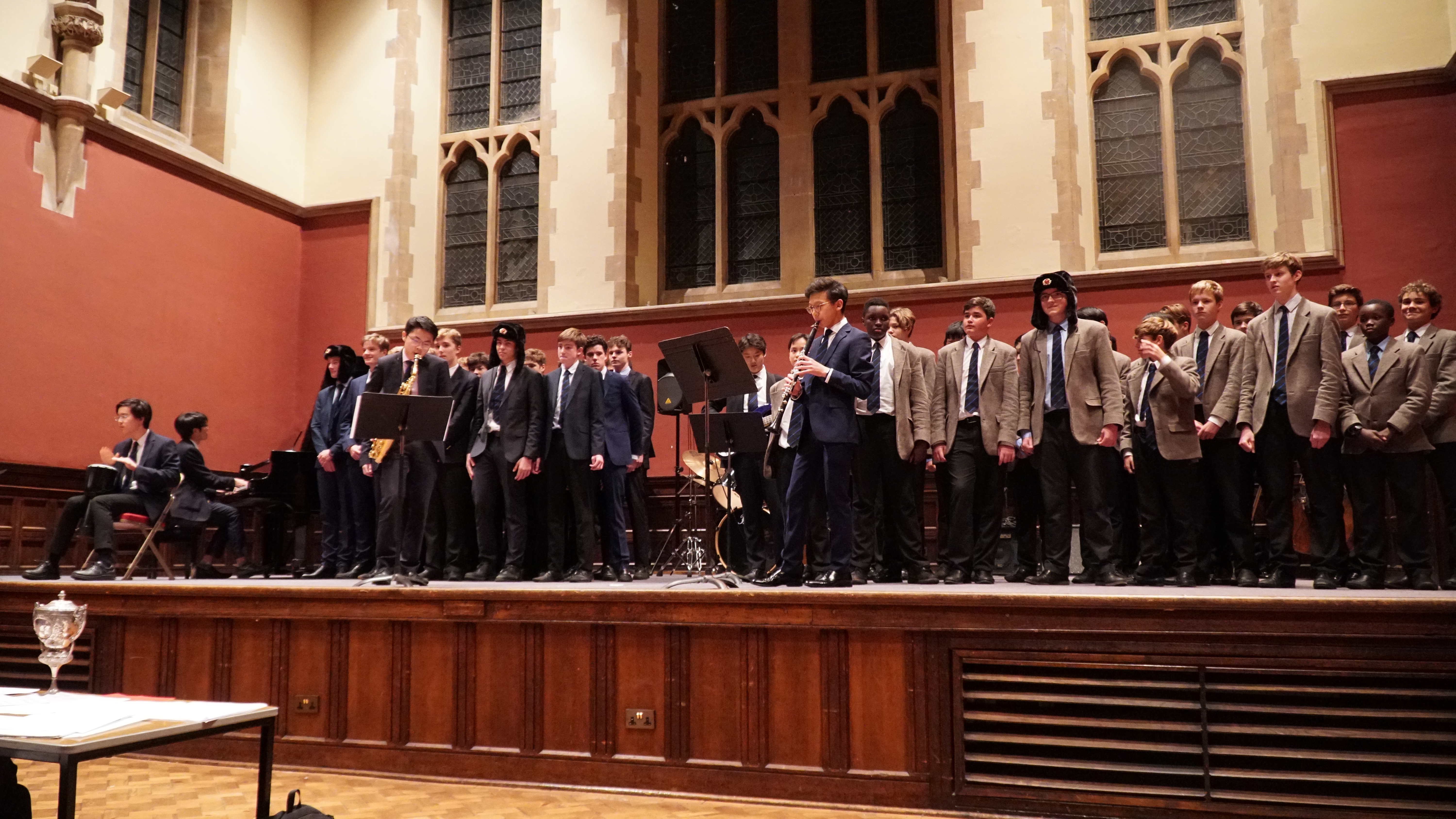 We were thrilled to welcome Emily Dickens to adjudicate the competition, professional singer and former member of the world-renowned Voces8. As a real ambassador and exponent of outreach and educational work in the world of music, Emily was the perfect person to offer wonderfully encouraging and insightful comments to the performances. 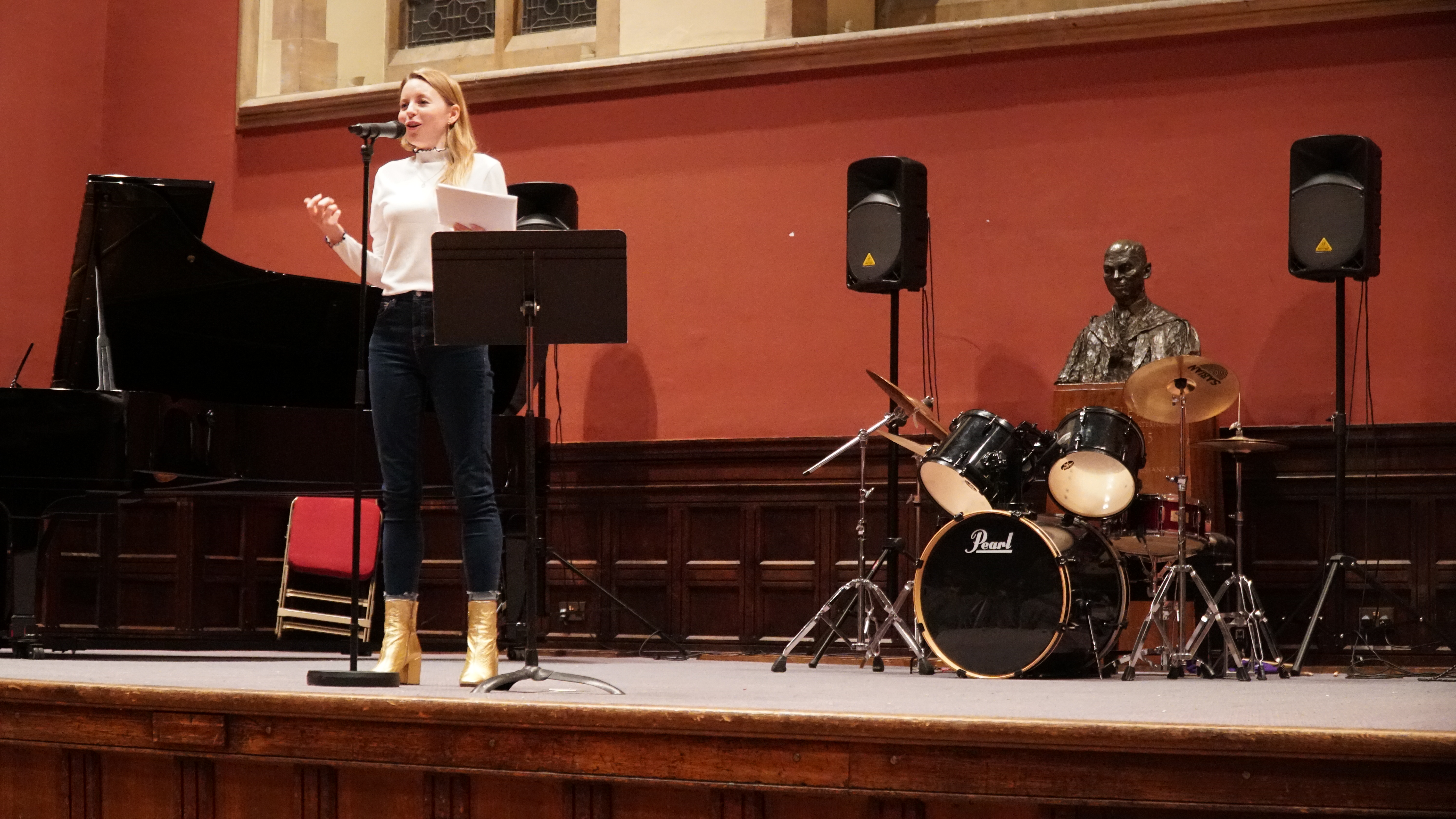 Before the competition, Gownboys and Saunderites performed their part-song entries. Led by Benedict Wong and Henry Le Feber Robertson respectively, both quartets of singers performed a couple of close harmony classics to an excellent standard indeed. With her expert knowledge of this repertoire, Emily was able to offer a brief masterclass to both groups.

The main competition then ran without fault all evening. Performances by all fourteen Houses were excellent, many full of life, vigour, enthusiasm and joy. This was a competition that really showed House spirit and one that every pupil could be proud of. There were some very notable performances that can’t go without mention. Hodgsonites’ rendition of Rasputin (Boney M) was complete with Grigori Rasputin impersonation but also some really outstanding instrumental playing by Tony Zhang and Elvin Lam, both of whom had arranged the music themselves. One or two classic pop and rock numbers were on show too – Sutton’s Hit Me Baby One More Time (Britney Spears) and Fletcherites’ Don’t Stop Me Now (Queen) were a wonderful harkening back to days of yore (!), complete with carefully crafted choreography. For the first time, the competition boasted performances by the individual girl’s Houses – Fletcherites, Sutton and Chetwynd – all performing most admirably. 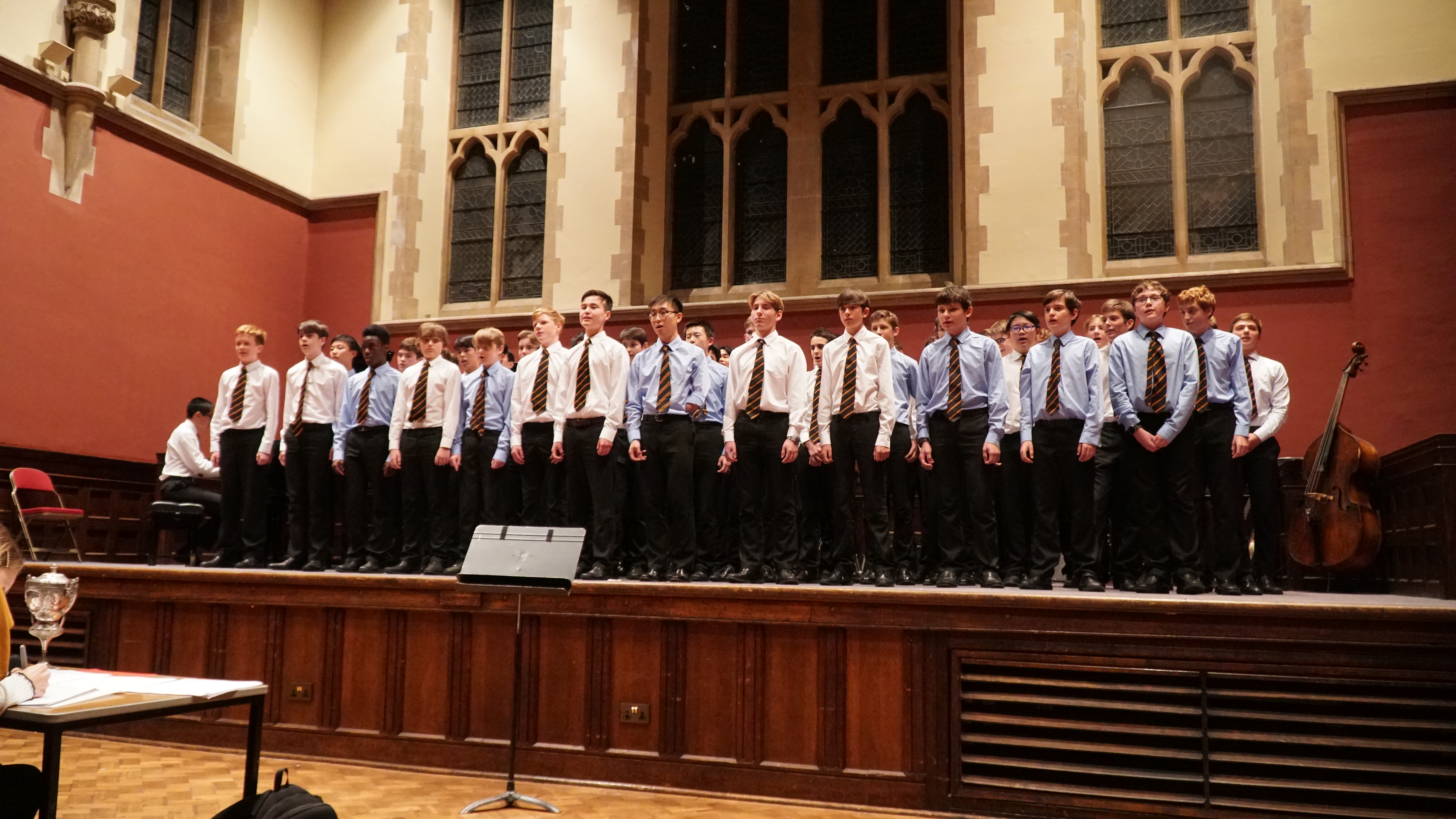 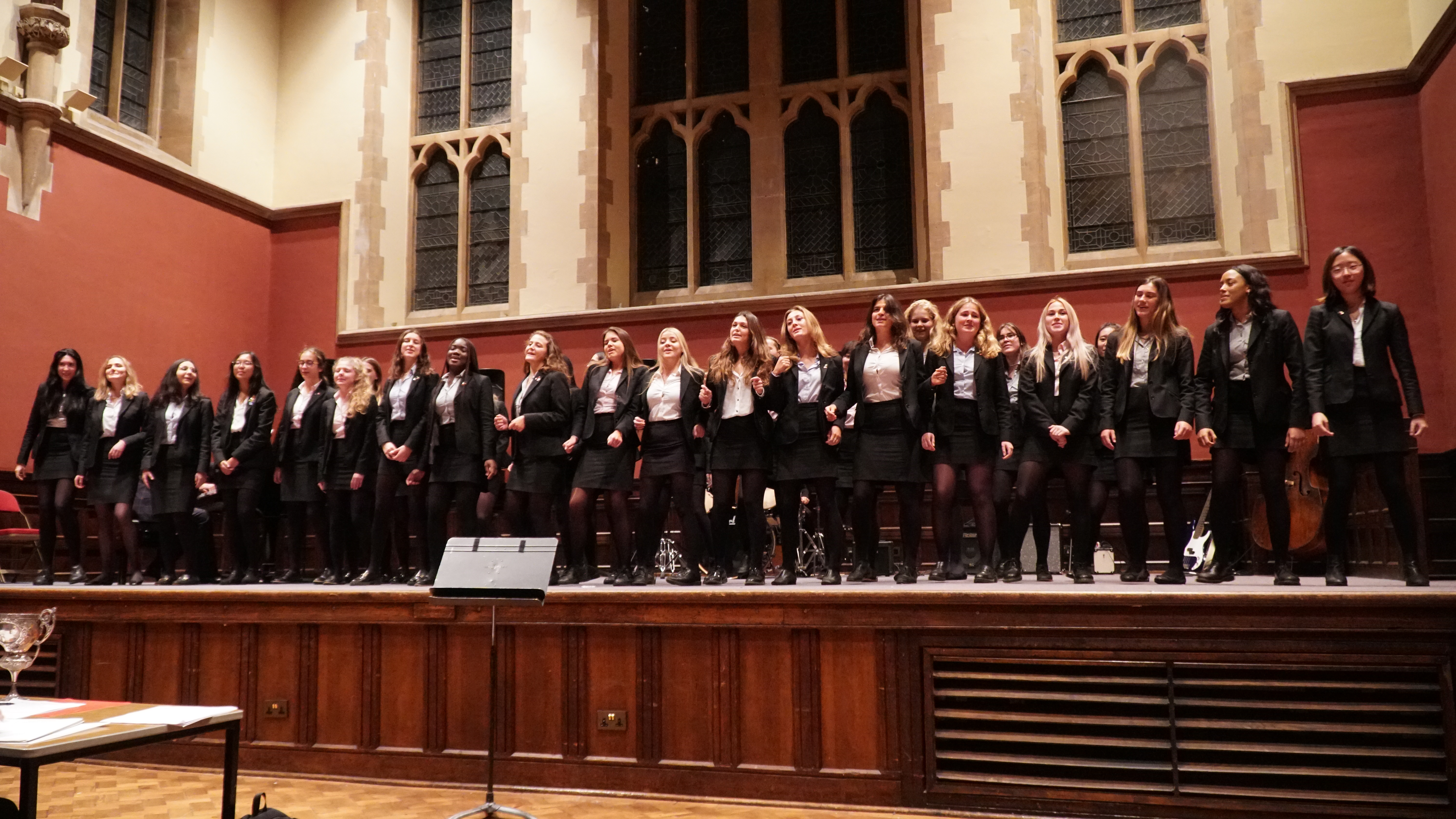 Overall winners of the competition were Chetwynd Hall with a really moving performance of I Want It That Way by 90s boy band The Backstreet Boys. This was a performance of excellent tuning, ensemble and subtleness, all of which was very positively commented upon by Emily Dickens. Second prize went to Lockites and third to Gownboys. Huge congratulations must go to every boarding House for their efforts this year, a very successful competition, and of course final thanks to Emily for coming to Charterhouse to give such brilliant adjudication.