Cassie Patten shares the highs and lows of her swimming career 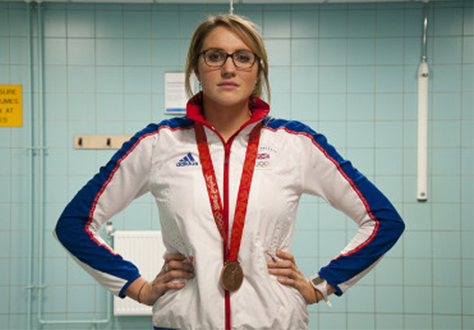 On Monday 4 February we were delighted to welcome Cassie Patten, an Olympic bronze medallist who gave an inspiring talk about her swimming career. During her talk, Ms Patten spoke about her notably impressive achievements which involved winning a bronze Olympic medal, a silver medal in the world championships and on making an Olympic final.

Ms Patten covered interesting topics such as her day to day training routine, her trip to Beijing, which included a qualifying race in jellyfish infested waters, dropping 90+ world rankings in a year and the long hours of high intensity training.

She also spoke about the hardship that came with having to give up swimming due to a severe injury which resulted in her not qualifying for the London Olympics, and caused her swimming career to come to an end.

Speaking about the lecture, Emily Bagley said: “Cassie gave members of the School swimming team a once in a life time opportunity to be coached by an Olympian. She gave each of us some one-to-one advice on our stroke technique and reconstructed our freestyle strokes to ensure we remain injury free whilst saving energy and increasing our speed. We were very grateful to have Cassie Patten visit us and we all learnt a great deal.”

A big thank you to Cassie Patten for giving such an insightful lecture, it was enjoyed by all.