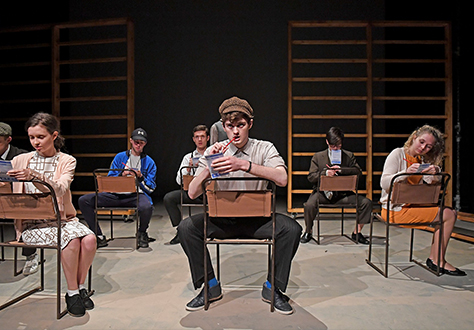 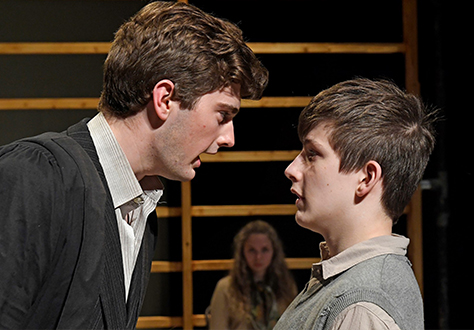 On Wednesday 27 March, we were delighted to host a number of the local Prep Schools - Aldro, Edgeborough, Milbourne Lodge, and Highfield - to come and view a matinée performance of our latest School production Kes at the Ben Travers Theatre. A review of the performance by teacher, Mr Tink is below.

Prior to the performance, the pupils and staff had the opportunity to enjoy an extraordinary Falconry display provided by Mr Alan Greenhalgh from First Class Falconary.

We would like to thank all that attended for a lovely afternoon.

Please view some images from the display below. 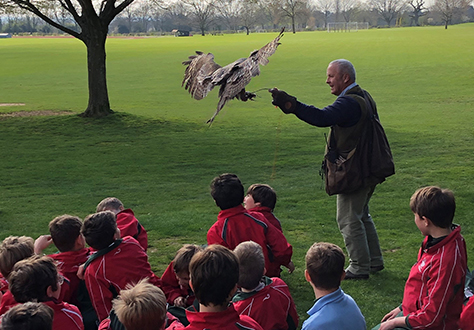 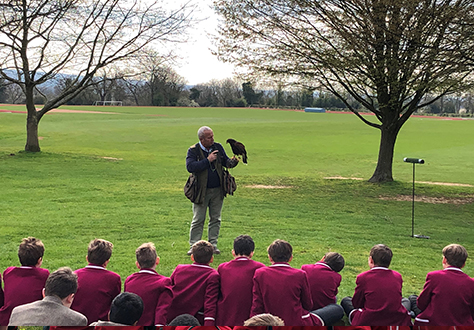 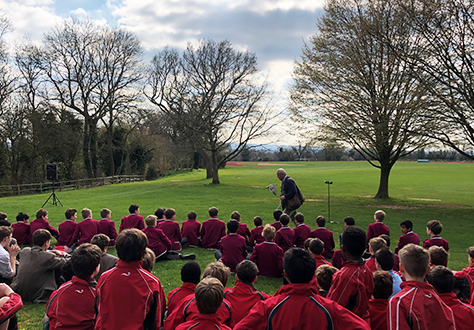 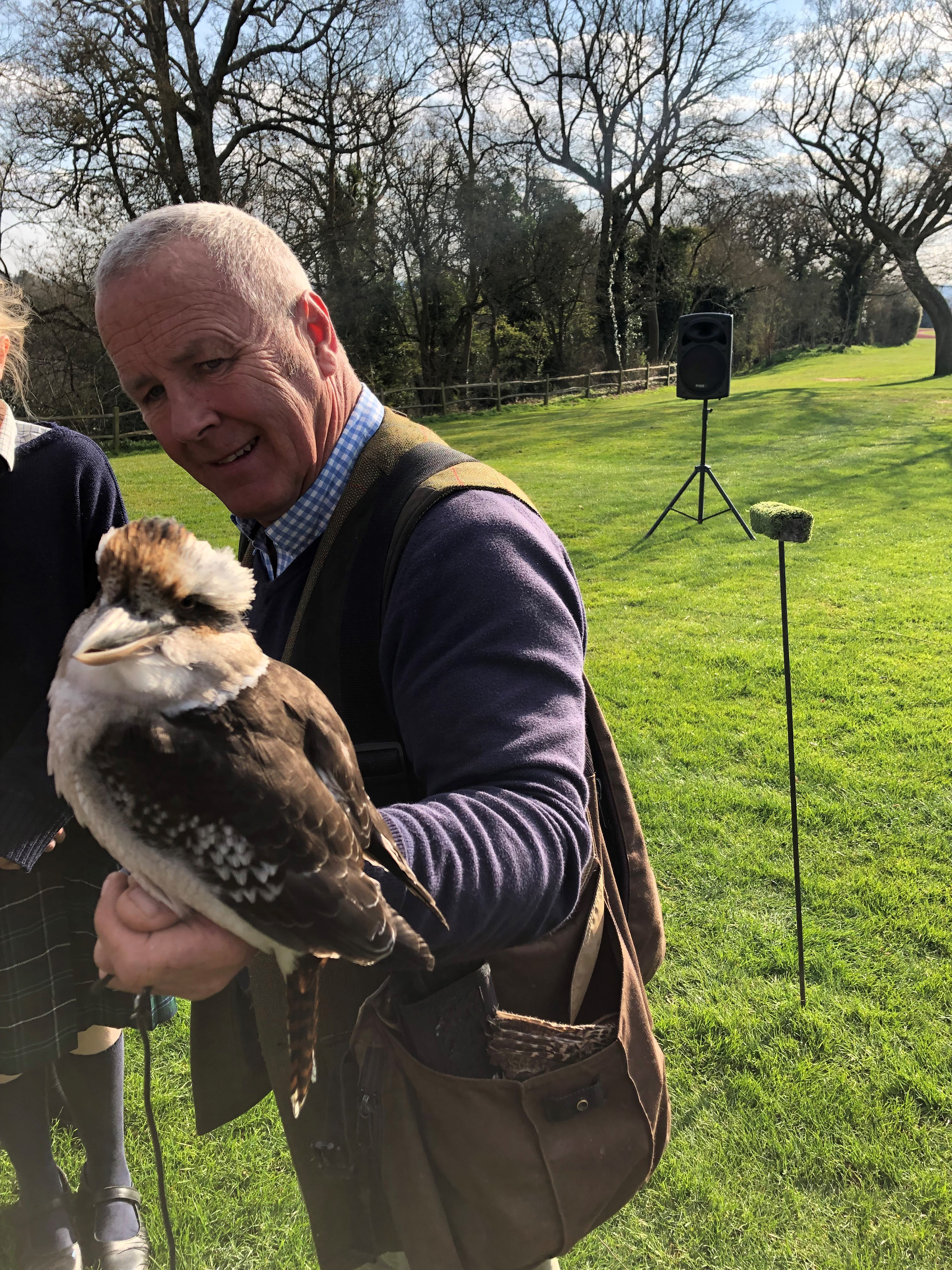 Review of Kes, by Mr Tink

Billy Casper wasn’t enjoying life overly – especially not life at school. So much was clear throughout this beautifully acted and inventively choreographed production. Schoolmastering at its finest was on display from Jasper Craven (g) as Mr Farthing, who appears to be one of the few teachers in the play who would pass a modern school inspection. Capturing the spirit of an empathetic teacher amongst a host of more ‘old-fashioned’ colleagues, Craven put in a most relatable performance. Rather masterful in a wholly different sense was the performance by Henry Graham (g) as Mr Gryce, the Headmaster, who acted wonderfully in orchestrating
a chaotic assembly, the like of which Father Clive simply would not allow here at Charterhouse. Henry’s performance created a subtle blend between Gryce’s under-confidence and desire to assert his authority – in an understated way it was really well done. Credit also to Charlie Howard (G) as Mr Sugden – reminiscent of Philip Glenister’s PE teacher in Big School. I certainly wouldn’t mess with Mr Howard after watching him in that role!

When it comes to playing against type, the biggest surprise for me was the typically mild-mannered Toby Richardson (g), transformed into the aggressive, alcoholic Jud. A stunning performance from Toby – and very convincing character play. I only hope Jud’s characteristics don’t catch on! Aoife Mulligan Smith (V) also starred as a beleaguered Mrs Casper with consistent, time-worn style.
Between them, Toby and Aoife created an atmosphere of a home filled with tension that often spilled out into violent emotion. It made for great drama – and a story that gripped the audience.

Matthew Parnall (G) displayed exceptional capability throughout as the lead. His Billy Casper was portrayed with the consistency of a professional: the accent, the dour acceptance of the grim events that befell him, his frustrations at school. The magic of his conversation with Jasper Craven’s Mr Farthing brought great relief to the audience, who got to see something of joy in Billy Casper’s
education before the shocking finale brought about the death of Kes. Matthew’s performance here was at its very best: distraught, but entirely in keeping with his character.

It remains to credit the superb direction of Miss Fox and the hard work of Chris Bagust and his technical team for the production of this varied and ambitious project.

A great supporting staff (including an impressive number of Year 9 as well as some old hands), worked together to support a gritty atmosphere, with some well-crafted moments of a more light-hearted nature. Very well done indeed.