From 21 to 23 November, talented pupils took to the stage to perform Noël Coward’s Tonight at 8:30.

The vast expanse of glass that forms one of the walls of the Theatre foyer looks out over Northbrooke and the Sir Greville Spratt Stadium making this one of the best places in the school to watch the seasons change. As the trees start to go barer, the dog walkers more and more scarce and fewer pupils seen on the pitches and fields, the foyer of the theatre becomes busier and busier. In this, our surprisingly versatile bunker of a building, preparations for the school play were well underway as the Autumn roared outside.

Fittingly, Noël Coward’s Tonight at 8.30 is set in warm, often claustrophobic, interiors. We, the audience peer into these worlds with their artificial lighting and observe the intensely private battles of its inhabitants. In Star Chamber this is the stage of a regional theatre, in Red Peppers a shoe-box of a dressing room and in Still Life the refreshment room at Milford Junction.

Coward wrote Tonight at 8.30, ten short plays, in order to showcase the breadth of his writing and performance skills. Then, as now, the theatre self-publicity is always far better than no publicity at all. Three were performed each night and such was the case at the Ben Travers Theatre at the end of November. Each of the three showed a very different side to Coward and each amply demonstrated the breadth of performance talent here at Charterhouse. 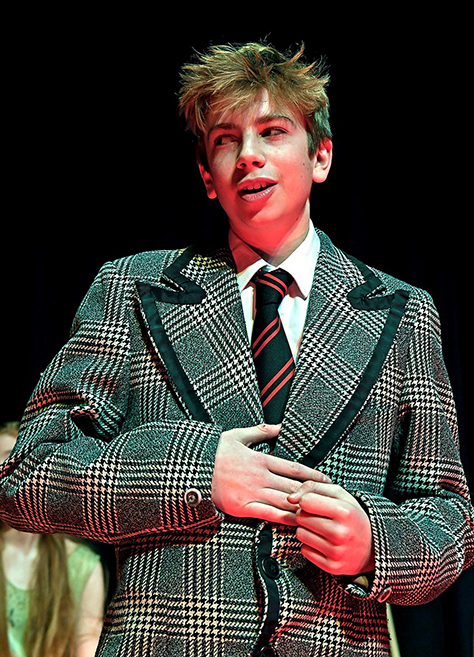 Star Chamber’s characters are bold, broad and very funny. A theatrical charity needs funds and its trustees, a number of successful actors, meet in what becomes a delicious skirmish of egos. The vapid chairwoman, Xenia Bond, with her dog (surely the only one at the table with any sense or decorum) squares up to the rather more experienced Dame Rose whilst the young movie stars cannot help but mock the dull regional comic (an excellent Charlie Brod). It was played, as it should be, with larger-than-life enthusiasm, although director David Wright kept it ever becoming merely 2D caricature. 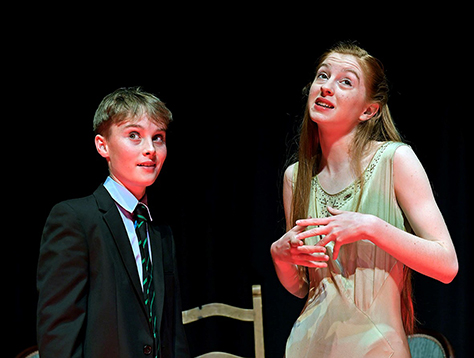 The words ‘Irene Wright’ and ‘choreography’ have been synonymous in the Ben Travers Theatre for many years and so there is no one better suited to tackle the vaudeville inspired Red Peppers, which opens and closes with a spectacular song and dance numbers complete with sailor suits, red fright wigs, canes and escaping telescopes. Combining his love of song, his lifelong fascination with the theatre and the razor-sharp quarrelling of a married couple that is so much a hallmark of his work, this is Coward at his wittiest. This asked a lot of its actors and Aoife Mulligan-Smith and Will Adams, as the warring George and Lily Pepper showed extraordinary commitment to all three disciplines. 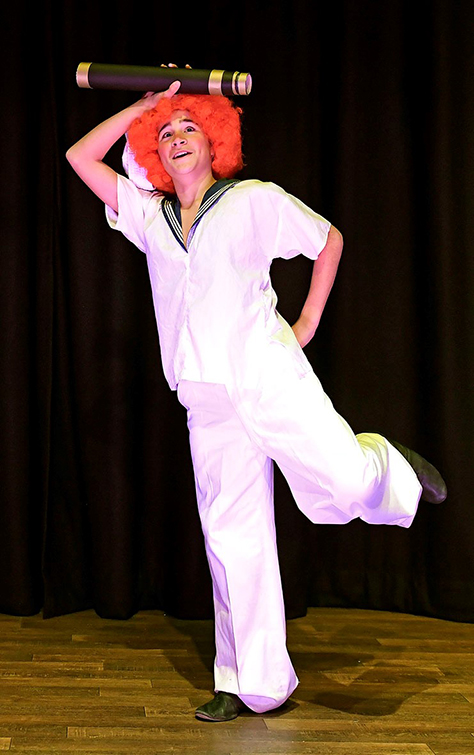 Far removed from the arch witticisms and pithy observations of Red Peppers is Coward the romantic. Still Life, the play, which became ‘Brief Encounter’ is studied, soft and heart-breaking. A tragic love affair defined by what is not said, by what is not done, played out against that most British of institutions, the railway timetable. Emily Fox, directing, invested every character and moment with exquisite detail and the café was rich with atmosphere. The middle-class, married lovers are not easy roles to tackle but Henry Clements and Sophia Lewis were touching and utterly believable. 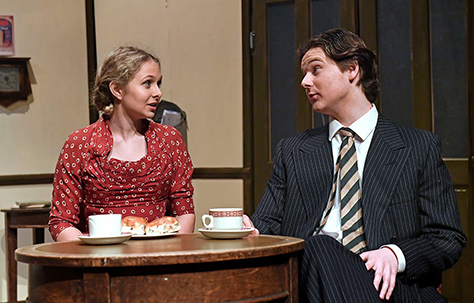 The Ben Travers Theatre has one of the finest reputations amongst school theatres. As a former pupil it is enormously gratifying that this term it showed it still stands to make its audiences, be they pupils, staff or visitors, laugh and contemplate in equal measure. Tonight at 8.30 challenged those involved and delighted those who came to peer through the vast window into the complicated drama inside.