The Alastair Ramsay Award is intended to inspire and support Carthusians in developing a commitment to international charitable causes. It is awarded annually to a Carthusian or young OC who wishes to spend time undertaking socially responsible activity abroad.

It was set up to perpetuate the memory of Alastair Ramsay (W85), who was an Old Carthusian of remarkable qualities. Following significant academic and sporting achievements at Charterhouse, he went on to Oxford and then onto a highly successful career. One of his great passions was charitable causes, especially in the developing world. Alastair was very aware of his advantages in life and contributed to a range of projects working to make the world a better and a fairer place, before dying tragically young in 2007 aged just 39.

The Alastair Ramsay Award is awarded annually following a competitive application process.This year, the Awards Panel was delighted to receive many high calibre applicants and is delighted to announce that after careful consideration, Alanagh Kelly’s outstanding and carefully thought out application was chosen. Year 13 pupil Alanagh will receive a grant of £1700, valid for 18 months to allow for current travel and safety restrictions.

Alanagh is set on a career in medicine and her placement will be to work in either a hospital or clinic treating deprived communities in Guadalajara in Mexico. She will work in a poor inner-city area or remote rural settlement outside of the city where health facilities are underfunded and understaffed.

Alanagh is hoping that the trip will give her unique insight into healthcare in less developed countries and enrich her already extensive volunteering experience. On accepting the award, Alanagh said:

‘I am so grateful for this opportunity, and think that I will learn so much and expand my horizons by working in a country where communities are vulnerable and disadvantaged, resources are limited and access to  healthcare is restricted.There are huge inequalities within Mexico, having one of the lowest per capita expenditure on healthcare of all OECD countries, and I hope to spend up to 3 weeks experiencing the life and daily challenges of a trainee medic. This is an active hands-on role where I really can help, as I will be supporting medical practitioners with first aid and assisting them during basic procedures. I am so thankful that the Alastair Ramsay Award will make this incredible opportunity possible.’ 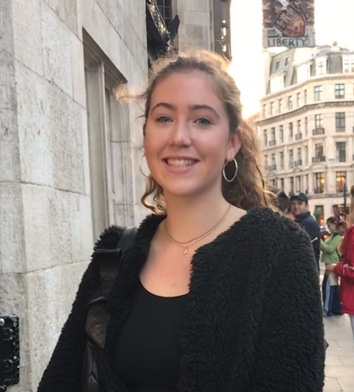 Once the trip has been undertaken, Alanagh will report back to the Charterhouse community about her experiences. She will blog and write an article describing her time in Mexico and will take video footage to capture conditions and show realities of life in other parts of the world.