Henry Waldern 'V' (91.6) was the competition's top individual, beating Alex Zu Sayn-Wittgenstein-Sayn 'G' (91.5) into second place by just one 'V' bull! James Ingham's (87.4) shot plotted very well for the team, and Orlando Everitt 'g' (88.7) did extremely well competing in his first ever shooting competition. Orlando was shooting for the very first time ever at long ranges (he made the Team at the last minute due to Gus McLellan 'G' having had an unfortunate accident whilst fishing!). 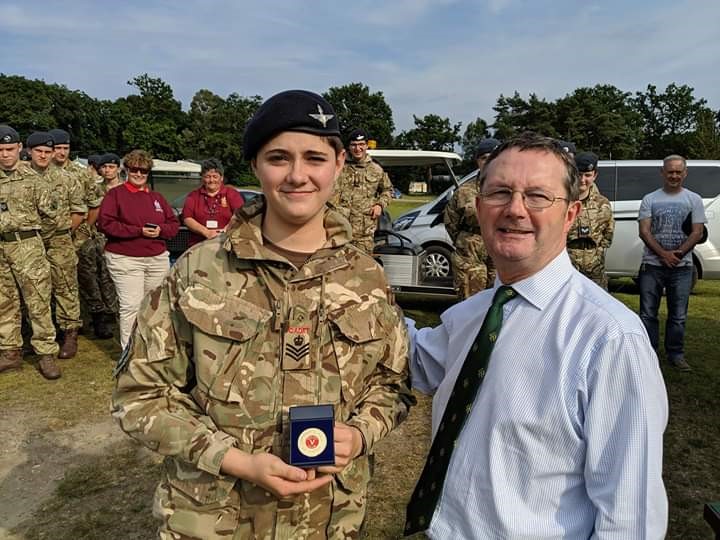 The Team did extremely well at 800 meters taking a 9 point lead. A combination of both lunch and the heat took their toll at 900 meters and the scores dropped a little. The team did however go on to beat Wellington into second place by 2 points in a nail-biting finish.

Thanks due to Alison Carnell who coached the team and the parents who turned out to support. Everyone is looking forward to the School's Meeting and the Ashburton Competition next week.