During the second week of the summer break, twenty Gold DofE participants gathered early one morning at Gatwick Airport to start their assessment expedition to Norway. Sixteen participants were paddling and the remaining four trekking.

After a bit of a hitch at the airport, four participants along with two staff were taken to their start point for their first night at Garen campsite. From there, they trekked across the Hardangervidda National Park in Norway for four days. The Group did really well and worked well together navigating along paths, up large hills and across streams, camping at Hedlo for their first night, Torehytten for their second, an uphill walk to their third night at Stavali and eventually after going slowly down some steep routes, finishing in Kinsarvik. From there they were driven to Bergen to meet up with the paddlers and swap stories.

After spending the first night in Tau, sixteen participants and three staff travelled to our start point at Hjelmelandsvågen. Here we were introduced to our kayaks and briefed on the equipment we were about to use. Both Groups set off, shadowed by the staff as they paddled up the west side of Norway on the North Sea to their first campsite on a small island on Rossøya. Day two was a bit choppy, but the Groups did well and managed to find their second campsite on the southern edge of Regsnesat. Day three was much calmer to start with as they paddled up the Lysebotn Fjord to their third campsite at the remote section of Fähranleger Songesand. Finally, the fourth day arrived and the groups had to be up early in order to catch the ferry from the finish point at Lysebotn back to our rendezvous point at Forsand. After some technical issues with the ferry, we eventually got to Stavanger. From there we took an early ferry to Bergen to meet up with the trekkers and swap stories.

After spending the next day relaxing and sightseeing in Bergen, all Groups and staff flew back home to enjoy the rest of their summer break. All Groups performed very well during their assessment expedition and really enjoyed their time in Norway.

Photo 1: Paddlers at the end of their expedition with the Lysebotn Fjord behind them. 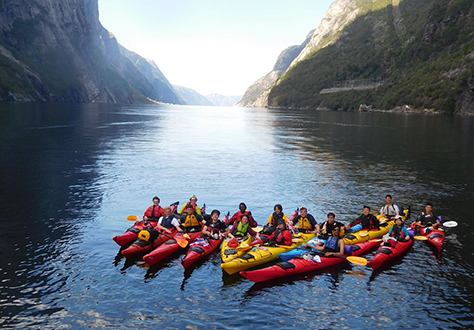 Photo 2: Trekkers on their way down to Kinsarvik on their final day with the Hardangervidda Nation Park behind them. 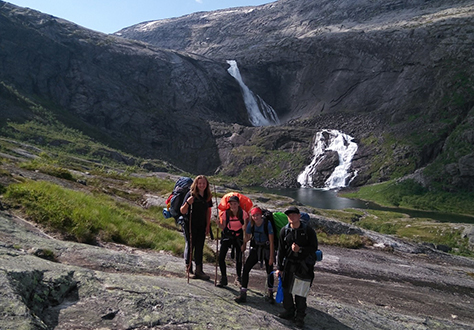