When we arrived at the RAF base in the morning, we were shown to a crew room where we were given a detailed refresh on the physics of flight, as well as safety information about the airfield and the gliding itself. We were then fitted into parachutes. After suiting up into flying gear, we were driven to the nearby airfield where the gliding took place. When we weren't doing the gliding itself, the RAF members at the airfield gave us various jobs to do in setting up the gliders for flight; this could have been attaching the winch to the glider for takeoff or holding the gliders on the ground steady and level in the wind. The RAF members were all very friendly; you were able to learn a lot if you asked lots of questions, and this part especially was very interesting. The gliding itself was unsurprisingly the most fun part of the trip. The take-off was very fast and exhilarating, and the surrounding views were phenomenal. The instructors who accompanied individuals in the gliders pointed out various details from the cockpit, as well as tips about controlling the glider in the air. Before long, the extremely enjoyable gliding experience was over, and it was a great end to the day. 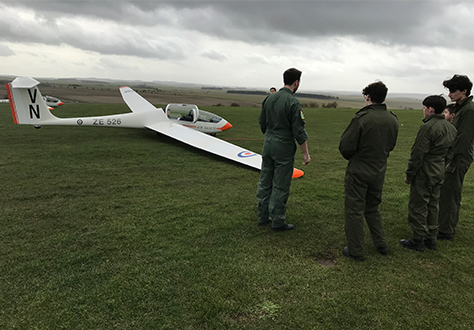 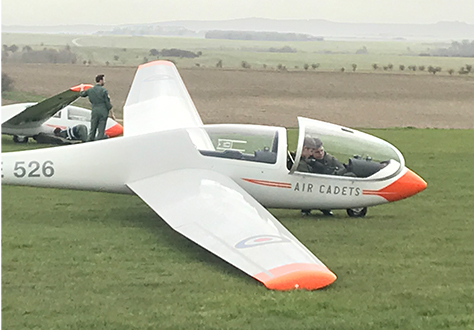