Jim Irving has been a valued member of the Security Team here at Charterhouse for over 13 years. Many of our staff and pupils will have witnessed Jim helping the community in a variety of ways - everything from transporting injured sports players to the Hunt Health Centre to catching run-away dogs on the campus!

What many of us do not know about Jim is that for the past 38 years he has also been a volunteer for the Fire Brigade! Having recently retired from this role, we thought we’d speak to Jim to find out more about his experiences of being "on-call".

Q: How long did you volunteer for the Fire Brigade?

It was 38 years ago that I joined the Fire Brigade. That was the year that Bucks Fizz won the Eurovision song contest, the year that the first Space Shuttle was launch by NASA and a time when home computers and mobile phones were just starting to come into our lives.

Q. What are your first memories of working for the Fire Brigade?

When I first joined the service, I was a young, single guy working at RFD, a local company who manufactured life-saving equipment. For the 15 years I worked for RFD I was on call for the Fire Service and attended Fire Calls or as we called them “Shouts” which would mean dashing out of the factory and jumping on my push bike and peddling as fast as my legs would take me to the Fire Station. We had to be out of the station and on the way within 5 minutes. I could be gone for 30 minutes or hours depending on the job. In a hot summer, we could go out at 10am and not get back until late evening, snatching a cup of tea or some fish and chips as we travelled around from job to job.

Q. How did you get alerted to a “Shout”?

For 38 years, I had a small appendage on my side called a pager, which I took everywhere, no matter what I was doing. Unfortunately these “shouts” would often take me away from home and I lost count of the number of times I got messages from my wife saying “dinners in the bin and I am in bed!”

Q. What sort of incidents did you responded to as a Fire Fighter?

I attended many incidents of varying types, some sad and some funny, far too many and too varied to mention them all! I think one of the most poignant fires that I attended was at St Nicholas Church in Pepperharrow. It was Christmas Eve 2007 and I remember the tree which was decorated ready for the Christmas service being totally destroyed by the falling masonry. We managed to get the fire under control but the roof was completely destroyed. Thankfully it's been fully rebuilt since.

It’s not all been about fires though, I've also been involved in several animal rescues, including the retrieval of a kitten who was trapped between two house walls and a large horse who was stuck in a wet smelly bog. I really have seen it all in my 38 years!

Q. What are you planning to do with your spare time now you’ve retired from the Fire Brigade?

I now have two grandchildren who I want to get to know much more and help them learn about life. I also just want to be able to spend time doing the things that I want to do, when I want to, and not when the service situation allows! Simple things like going to Portsmouth to watch the Aircraft Carriers coming in or going out and enjoying long walks with my family.

Q. Do you think you’ll miss it?

Yes, and especially the people I worked with. It’s funny to think that some of them weren’t even born when I started! I will also really miss working with my son who is now a fully trained Fire Fighter. I feel very lucky to be able to take with me many happy memories of working alongside him in the service and at a number of incidents. 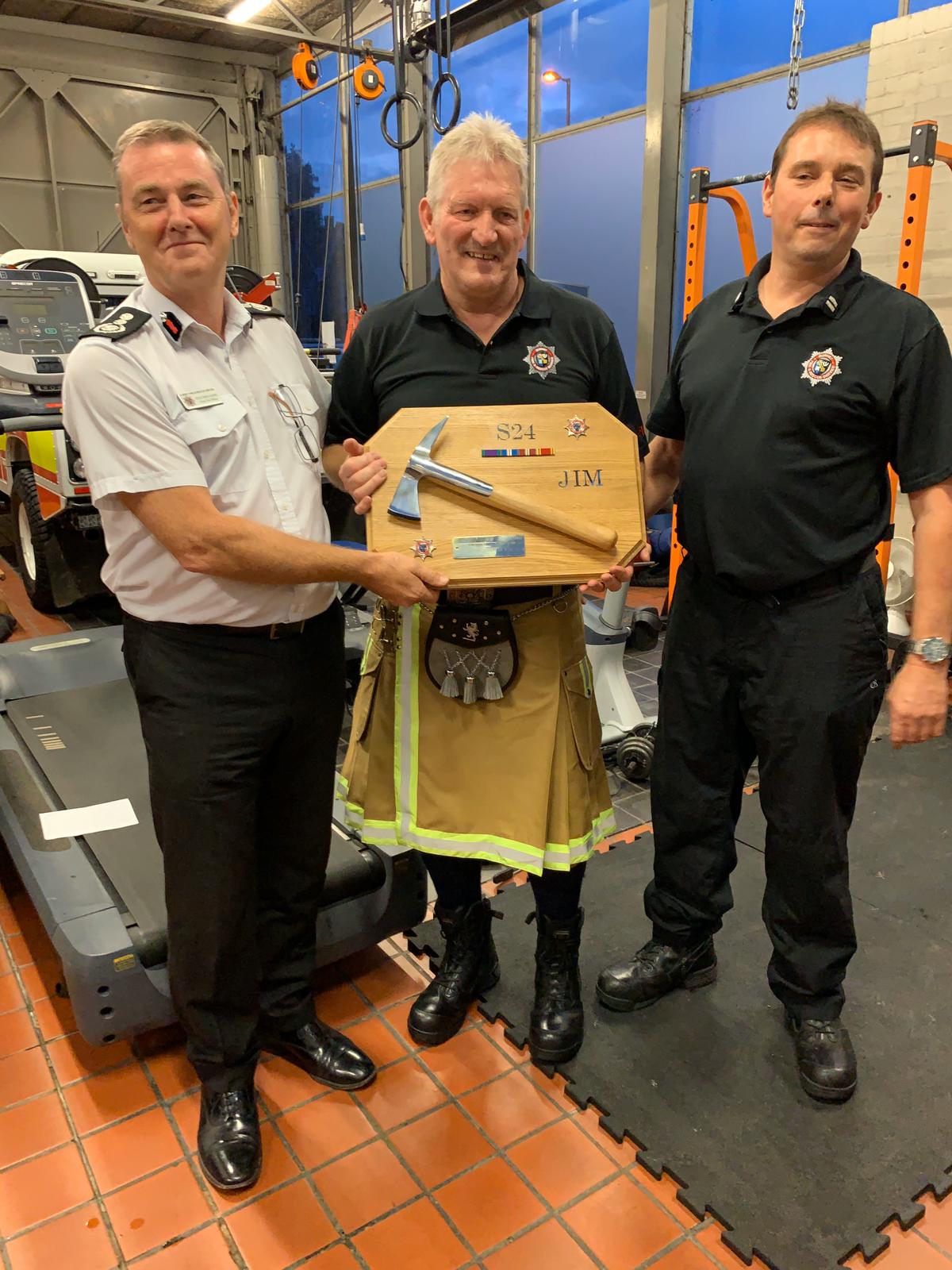