OC Placed Second in Youth Sports Personality of the Year

Following a nomination from the Farncombe & Godalming Rifle Club, Caius Patel was placed second for the Youth Sports Personality of the Year for the Sport Godalming Awards on 26 October.

Caius joined Farncombe & Godalming Rifle Club in January 2017 and after attending a course of training and instruction, he was able to shoot in Club and Surrey County Small Bore Rifle Association competitions. He has progressed rapidly and won many competitions as a member of the Club.

In addition to being an extremely proficient shot, Caius is a very modest young man who is always quick to praise the efforts of his team mates and coaches. Caius was an excellent leader and frequently assisted with the coaching, training and motivation of the younger members.

Caius has won many competitions over the year, both as a team member and in individual competitions. His individual achievements are listed below, the highlight of which has to be winning the British Schools Open Meeting at Bisley, after which Caius was selected to shoot for the England Schools’ Team. 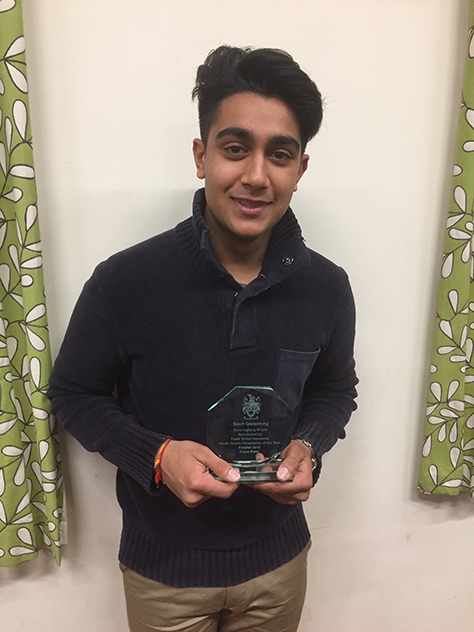 At Ashburton Shield Schools Meeting at Bisley in July 2018 - Caius was first place in the following individual competitions: