Old Carthusian, James Russell (W17) continues to enjoy huge success in Fencing. He recently put in the best performance by a GB Junior Epeeist at a nominated international competition this season in Serbia, and was selected for the four man GB Junior Epee Team for the World Championships in Verona.

James has also been selected to represent England at the Junior Commonwealth Fencing Championships in July 2018.

And the latest news

On Saturday 14 April 2018 at the Senior British National Championships James finish third to take Bronze. He only missed a place in the final by a single point (losing 14:15) in a semi-final against the fencer who was Champion two years ago and who again won the title that Saturday. On the way James beat the 2017 National Champion and the current GB Senior No 4.
Congratulations to James, who finished the Championships as the top U20 and the top U23. 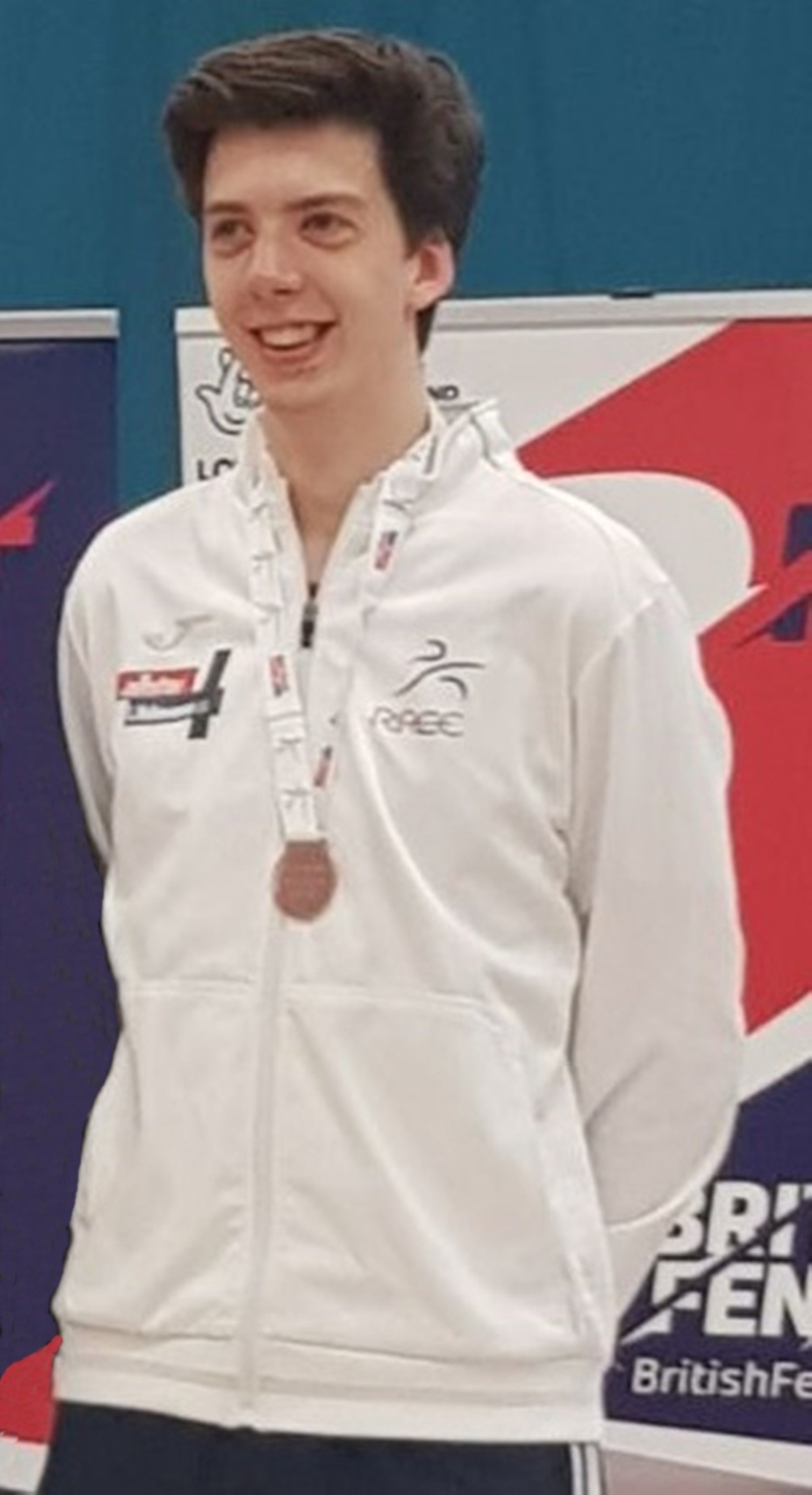