The 2018 Henry Leaf was played at the Queen's Club over 22-23 September. This was the first time the tournament had been played in September, having previously always been hosted in March. Whether it was the date change or just circumstance, there were certain notable absentees from this year’s tournament, with the likes of Wellington, the Oratory, Canford, St Paul’s, Manchester and Harrow all failing to get a side out. However, we still managed to get eight good pairs to slug it out over the weekend and it was great to see new additions George Johnson and Charlie Hudson representing Merchant Taylor’s and a young Radley pair of Harry Foreman and Ben Yorston playing for the first time.

With a staggered draw, Saturday saw a straight shoot out to see who would progress to the quarter-finals. Johnson and Hudson of Merchant Taylor’s managed to pip a very tight encounter against a Charterhouse pair of Alex Rozier-Pamplin (R10) and Gus Giddins (W14) 6-5 in the 3rd set, before losing to the young duo from Radley.

Foreman and Yorston went on to lose a very close match against Dom Wright (G01) and Tim Drayson (V94), who in turn were beaten by a strong Eton pairing of Jamie Giddins and Harry Eddis in a very high quality and entertaining semi-final.

In the other half of the draw, Freddy Dixon and Chris Krueger of Warwick managed to overcome Ed Hyde and George Nodder of Tonbridge over 3 very competitive sets, 6-5, 5-6, 6-4. They went on to lose to James Acheson-Gray (V89) and Adam Dolman (V99) of Charterhouse in the other semi-final.

The final was incredibly nip and tuck but Charterhouse rode their luck somewhat and came away victorious after beating Eton 6-5, to retain the Henry Leaf for the 3rd year in a row. 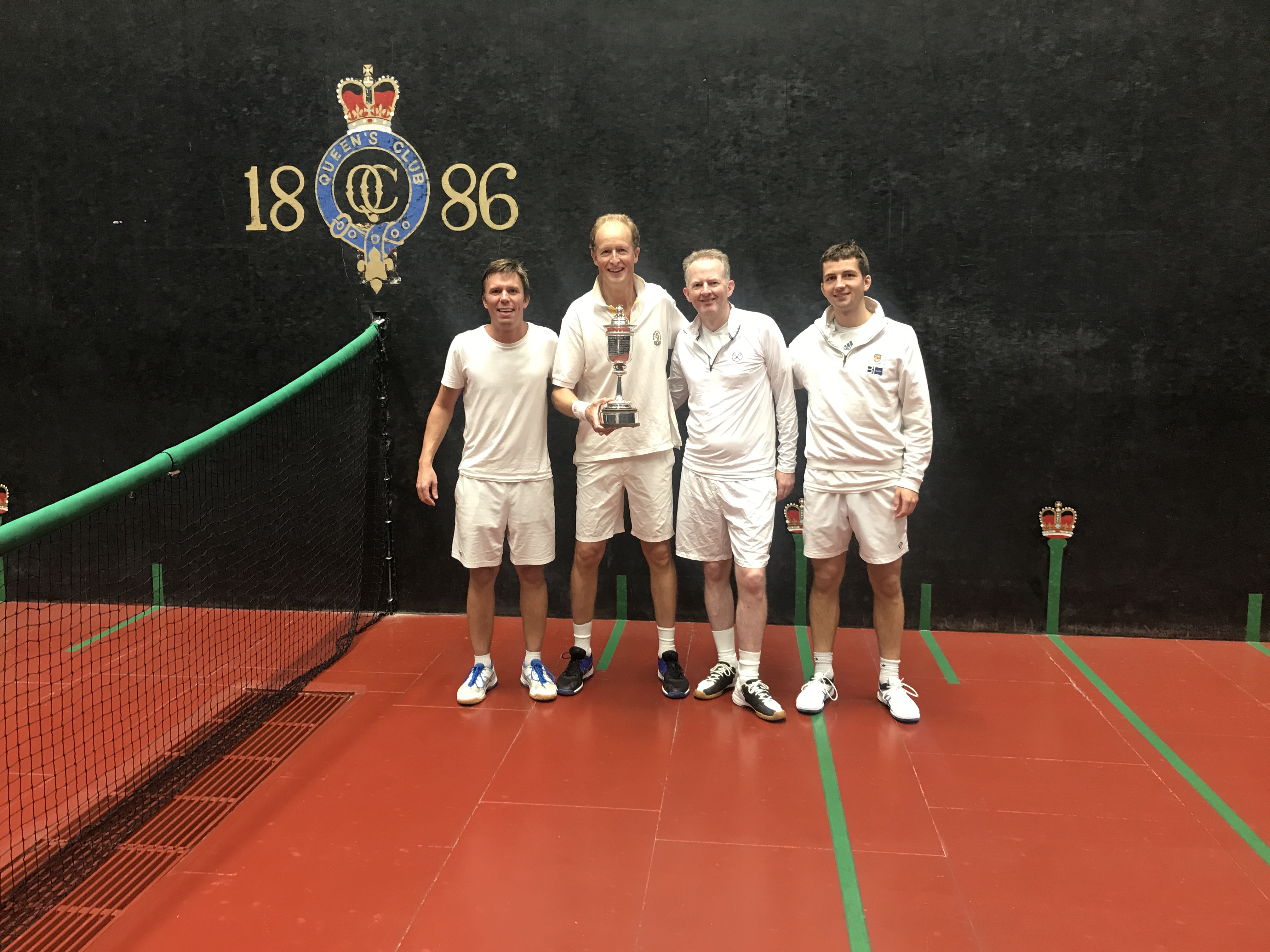