CCF Royal Navy section competed in the CCF national regatta in Portsmouth against 14 other schools, with 22 boats racing in total. But the other dinghies were the last thing to be worrying about, as the main challenge came from the elements themselves! 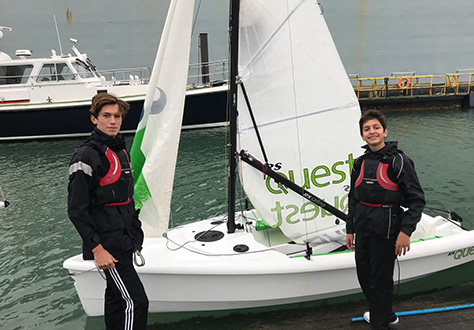 On the Saturday, a lack of wind made racing very difficult until the breeze picked up a little later in the day. On Sunday, it was a different story, as near gale force gusts caused all sorts of problems for many crews. One boat’s spinnaker sail ended up wrapped around a navigation marker and there were multiple capsizes, ultimately causing racing to be abandoned early. 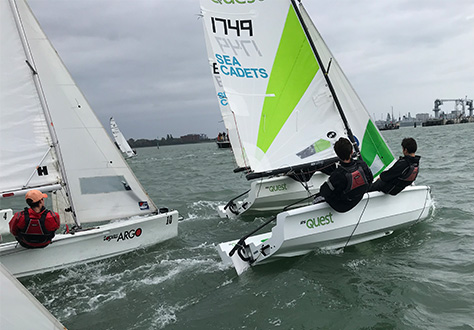 The Charterhouse crews of Lupo Giovanni, Gus Skordos, Louis Wilson and Henry Mayhew were not able to keep up with the fastest boats from Sedburgh, Dollar and Seaford schools but they remained steadfast in the conditions. Three of the four Charterhouse sailors were Removes and younger than many of the other competitors. They found the experience exhilarating and they plan on returning stronger in the future.