The 1st XI hockey squad began preparations for the new season by travelling to Rugby School to play in a four team tournament on Saturday 5 January.

Building on a highly successful tour of South Africa in August 2018 and the Autumn indoor hockey programme, the 1st XI played three matches at Rugby School and returned undefeated. The aim of the trip was to prepare for the competitive series of block fixtures that start this Saturday (12 January) against Reed’s School at 14:45. 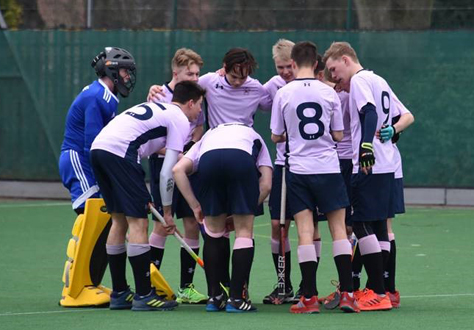 The matches began with a 0-0 draw against Bradfield College, followed by a 1-1 draw with Magdelen College School, Oxford and finally a 3-2 win against the hosts Rugby School. Goals from Raph Boulanger (2), Pete Wallace and Ross Fordham got the side off to a good start, but most importantly nine players played in their first 1st XI fixture and did very well. Four players from the Year 11 (Sam Thomas, Freddie Clinton, Rupert Evans and Hugo Samuelson) played well and Tom Wainwright, Alex Topley, Archie Samuelson, Fynn Atherton, Pete Wallace and Adam Philips all did well on their first major 1st XI trip.

Returning players and captains Raph Boulanger and Elliot Clarke led the side well and Will Briggs, Sam and Toby Duffen, Ross Fordham and Alex Ford all contributed well.