In the first match against the School's 1st team, XI Lashings batted first and scored 109 in their 12 overs during a rain interrupted match. In reply, Ross Richardson and Ayush Patel set about the target with a huge amount of skill. Martin Bicknell, with three quick wickets, stemmed the flow a little, but the school ran out winners in the final over.

After lunch, Samena Capital led by OC Shirish Saraf, played Lashings and the World XI innings started brightly led by Usman Afzaal and Faisal Iqbal. Cameos from Yasir Arafat and Chris Lewis led Lashings to 160 in their 20 overs. Samena struggled to get going against Curtley Ambrose and Devon Malcolm and fell behind the rate. Owais Shah hit 50 but ran out of time as Lashings ran out easy winners.

A cracking day and plenty of money raised for charity along the way! 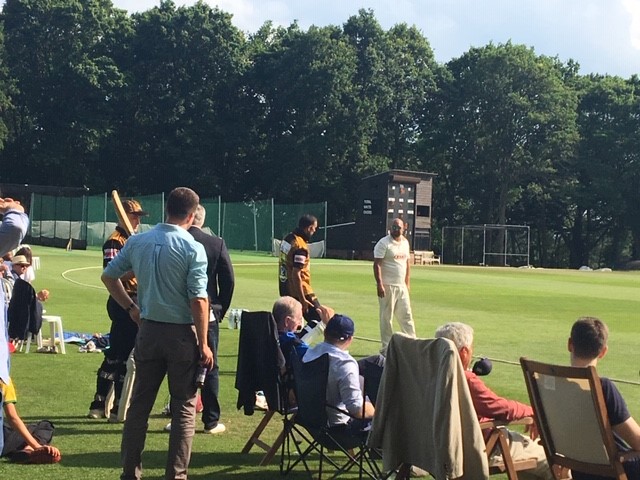