The 2018 Hockey Tour to Cape Town, South Africa involved 29 players from four year groups, four members of Brooke Hall, divided into two teams that played a total of ten matches over twelve days. The trip began with two days in the beautiful town of Stellenbosch, which gave the teams a chance to practise together, visit Table Mountain and spend time planning for the matches ahead.

The first tour match against Fairmont School in Cape Town’s Northern suburbs was a great introduction to competitive South African hockey. The junior side (with players from last season’s U14 and U15 sides) lost 4-0 and the senior side (last season’s U16 and U17 players) conceded a goal with three seconds remaining to lose a fantastic match 2-1. Elliot Clarke in goal played superbly or the senior team, whilst Jamie Richardson and Rupert Evans for the junior side made a great start to the trip.

Games three and four against Ronderbosch were equally competitive. The juniors battled throughout and, in a repeat of the previous evenings finale, conceded with seconds to go to lose by a single goal 2-1. James Taylor in defence and Josh Drake-Brockman in goal played very well including a save from a penalty stroke. The seniors played in their most competitive match of the trip and in spite of losing 2-0 fought fiercely throughout. Sam Duffen was tireless alongside Charlie Howards and Toby Rawlings in the forward line.

Our final games in Cape Town were against Bishop’s School at their incredible hockey stadium. Sasha Prokofev produced an incredible display in goal for the senior side and Felix Lavelle scored after some excellent work from Sam Duffen to leave the game 1-1 at the final whistle. The junior side had their only disappointment of the trip when they failed to play as well as they had the previous day and lost 4-0 to a strong U15 side from Bishop’s.

Our final four games were all in Paarl, a district north of Cape Town with a famous rugby pedigree. Both Paarl Gymnasium and Paarl Boys’ School hosted us superbly well and the players enjoyed the authentic post-match hospitality. The first set of matches against Paarl Gymnasium finished 5-1 to the junior side with goals from Hameed Belo-Osagie (2), Petrus Desbois, Zhen Yang Lin and Rupert Evans. The team played very well and Mackenzie Faull, Fred Clinton and Morgan Clarke all played a big role in the team’s success. The senior side won their match 2-0 with both goals from the prolific Toby Rawlings.

The following day Paarl Boys’ hosted two games that both finished 1-1. The competitiveness of both fixtures was matched only by the warm post-match reception. By now both sides had started to play very well. Fynn Atherton and Toby Duffen were tireless in midfield. Nick Lamming played very well for the junior side and Max Delaney, Henry Wilkinson, Ed Doljanin and Alexi De Unger all looked sharp. Alex Topley, Freddie Clinton, James Taylor, Rupert Evans, Alex Moore and Santi Gutierrez played regularly for both teams clocking up as many as ten matches in five days! Whilst Raph Boulanger and Elliot Clarke led the senior side extremely well and set an excellent example for some of the younger players on tour.

Both teams learnt a lot, improved throughout and were a real pleasure to spend time with. Our final two days of rest, relaxation and recovery were spent at a game lodge two hours north of Cape Town where we reflected on a successful trip and tried to work out who covered more ground; a herd of South African springbok or Toby Duffen. 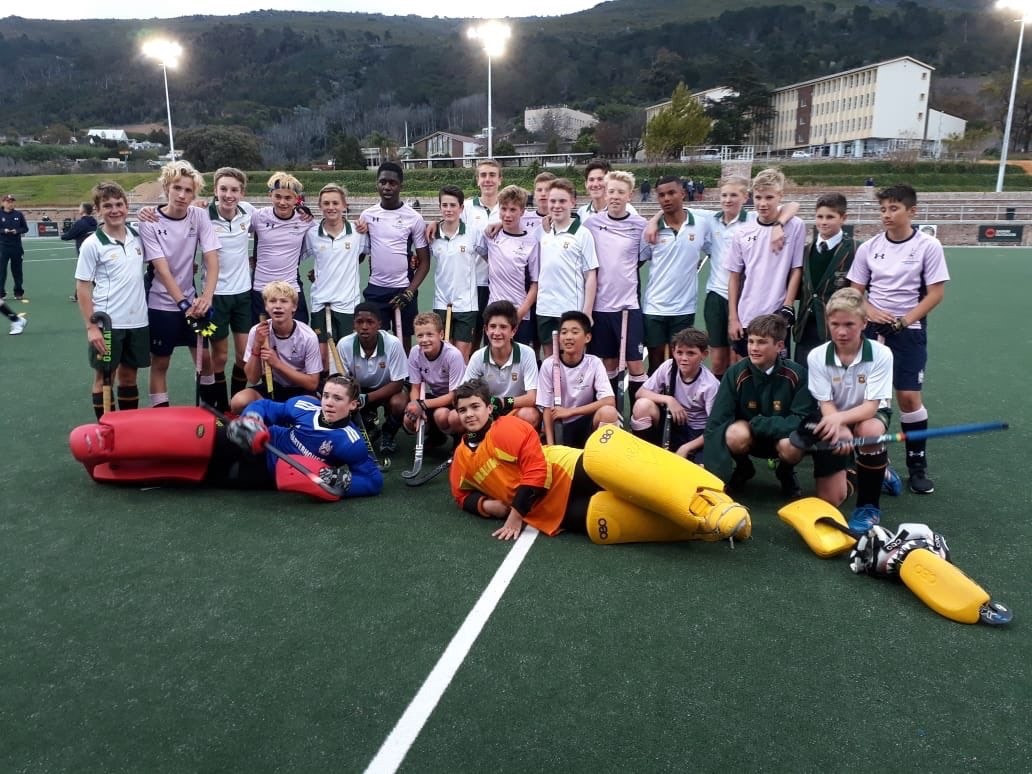