Director of Hockey at Charterhouse, Dan Fox coached the team through the event which took place during the school holidays.

The competition included eleven teams from across the South of England. Boulanger opened Guildford’s account 1 minute into the first pool match and Guildford never looked back, scoring a whopping 30 goals and letting in only 3 goals in six matches all day.

This Regional title qualifies the team for the England Hockey National Indoor Finals in January 2019. 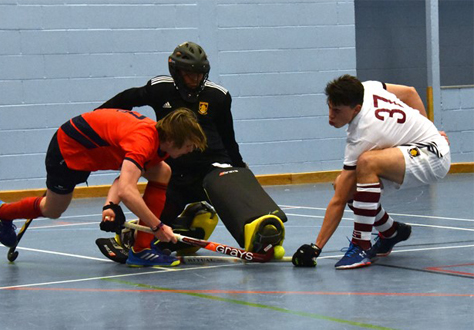 Clarke (in black) and Boulanger (in white) making sure the Trojans attack doesn’t get near the goal. The team won the semi-final 4-0. 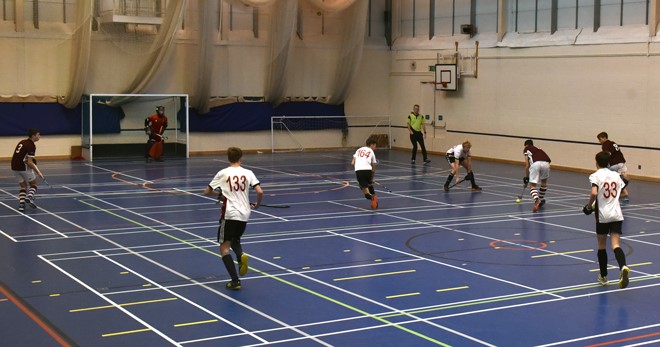 Boulanger cuts through the opposition defence in the first pool game, scoring in the first minute of the match. 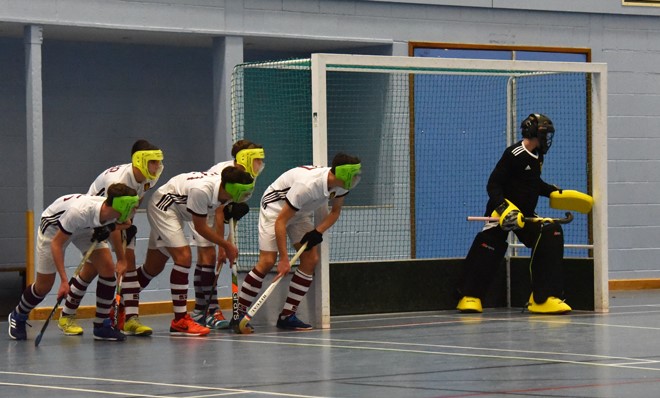 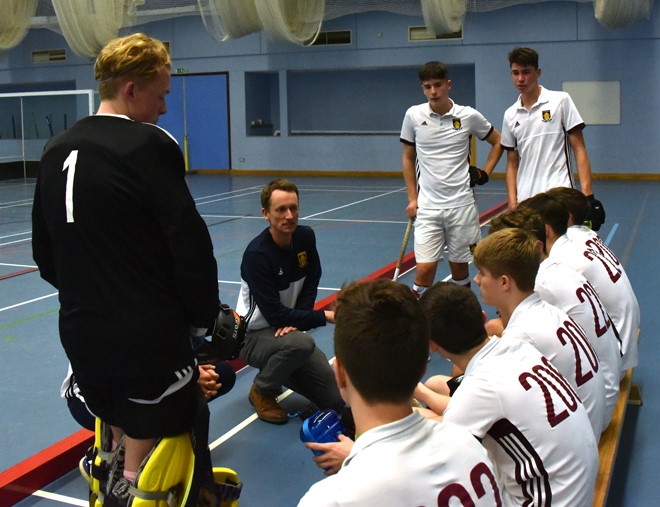