On Thursday 11 February, 11 girls and three staff departed for the UAE for some mid-season fitness and netball skill training. We knew that the heat would affect our play, so it was crucial that we started the tour with our main focus being netball. After limited sleep on the plane and on the transfer from Abu Dhabi to Dubai, the girls hit the training courts straight away. It was 4.00am UK time but they did extremely well with the demands placed on them.

Over the course of the week, the girls trained hard before breakfast, did several training sessions, played three matches and took part in a tournament consisting of UK and Abu Dhabi clubs. The girls improved dramatically both individually and as a team. They took all the advice given to them and they put into practice what we had talked about. We were hit by injuries over the duration of the week but it didn't stop our efforts in the games.

The girls also managed to fit in some cultural visits whilst in the UAE. Some highlights were the dune bashing safari, a meal out in a Bedouin camp and camel riding. The girls visited the Sheikh Mohammed Mosque and were blown away by the architecture and interior. Their rest day was spent on water slides at the famous Atlantis Aquaventure Waterpark and we also got to see the sights of Dubai from the worlds tallest building, Burj Khalifa. Evenings were spent together having group meals but on one special night, we visited the famous Global Village, where imitations of buildings from all over the world are placed in the middle of the desert.

Tour Captain, Giselle did a fantastic job making the team cohesive. Player of the Tour went to Scarlett, Players' Player to Tare and Most Improved Player to Halima.

Special thanks goes to Mrs Lambeth and Miss Strutt for accompanying the trip and for all their help and assistance over the week.

A fantastic was tour was had by all and I look forward to seeing the girls demonstrate their improvements on the court this half term.

Please view some images from the tour below. 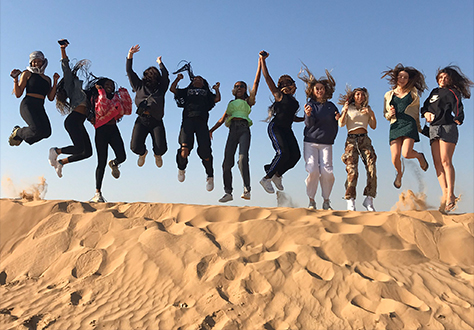 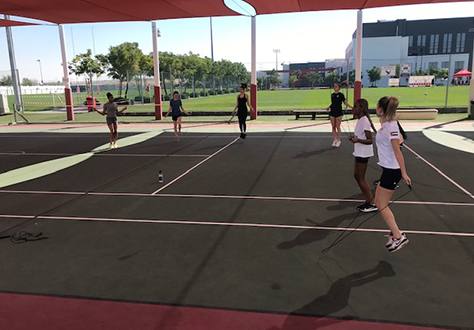 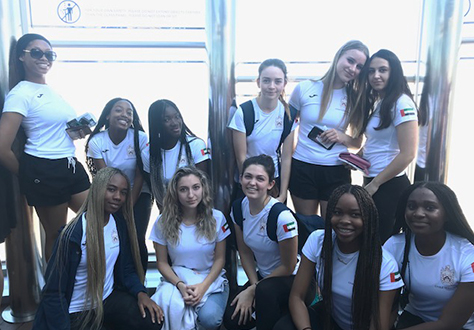 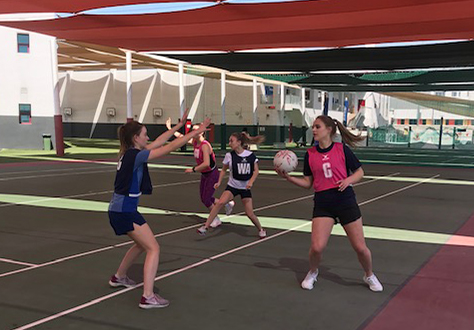