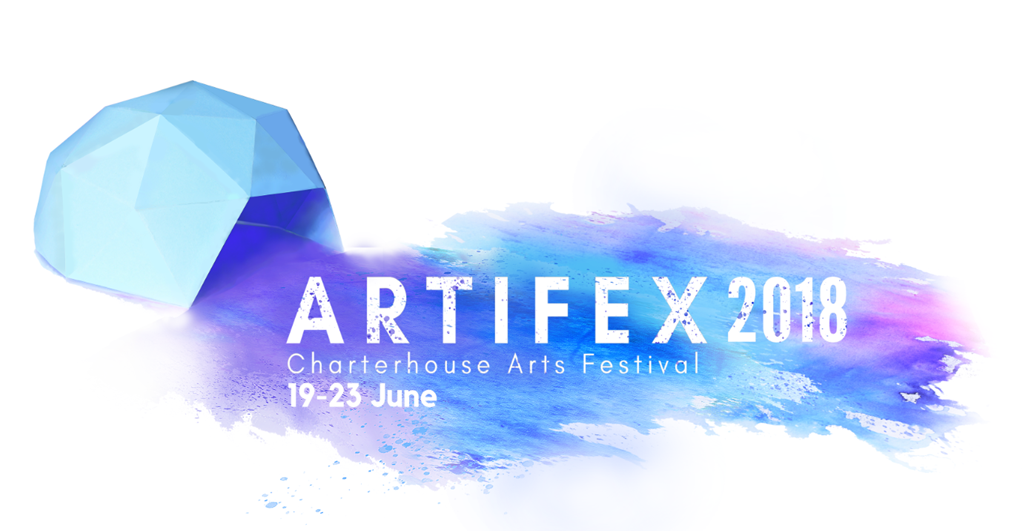 There was a greater excitement in the air than ever before as Artifex reached its fifth anniversary this year. With more than 80 events it was, by some margin, the largest festival in Carthusian history and it continues to be a vehicle in transforming the School's approach to creativity.

Of course, some beloved Artifex traditions continued, such as the Cinema on the Ceiling, The House Quiz (won by Hodgsonites), Inter-house Gaming (also won by Hodgsonites), Designer of the Year (won by James McAllister), The Short Film Competition (won by Luis Enriquez), The Pre U Art Show exhibited powerful works from our Second Year Specialists (Year 13) in Studio and in the OHH garden, the ever-popular Artifex Brewery showed off some superb home-brewed creations from our first years. This year's International Food Fair on Founder's Court, organised superbly by Mr Martucci saw everybody stuff themselves with food from Vietnam, India, Germany, Greece and...Peckham. Unplugged organised by Luke Gifford (P) brought with it some relaxing late-night acoustic music to close the longest day of the year. C'house Got Talent, coordinated by Ben Lawson (R) and his team, returned to the Dome stage with a particularly memorable performance from the extraordinary Savva Shilin who received a standing ovation for his tale of Red Riding Hood with unbelievable sonic effects.​

But, Artifex is all about innovation and novelty. This year was no different. There was a brilliant installation with candles by Isaac Ng and George Skeen, the Festival of Ideas with talks on everything from Marvel comics to Enoch Powell, a Question Time-style political debate chaired by Ed Halford (P) in the Dome, as well as an exploration of The Bacchae from the Classics Dept in the BTT. This year saw a highly enjoyable reading of Hamlet over five days in venues from the Racquet's Courts to Hall, deftly coordinated by Mr Blatchly with the title role being played by Michael Freeman, James McNeill, Freddy Foulston, James Taylor and David Rees-Mogg, among other pupils and staff in the other roles. One of the other great innovations this year was the Inter-house Karting which saw the main prize being won by Robinites and the award for best/most attractively designed vehicle being awarded to Weekites. The course saw karts made by each house wind their way through the old school to a dramatic finish in front of a bemused Thomas Sutton. This is set to become a Carthusian tradition.​

Theatrically, we had two brilliantly fun productions from Weekites, as well as a dark exploration of the Moors Murderers from our 1st year Theatre Studies students. We were also treated to two stunning performances of A Man For All Seasons, with Michael Freeman and Jamie Stapleton playing the roles of More and the Common Man respectively. The use of the Chapel's west end and the interior for the latter scenes was both clever and daring. There was great skill in the direction which came from Mr Kazi and Miss Fox, who brought to life this great play with a professionalism worthy of the London stage.

We were also lucky to have workshops from professionals in the worlds of Tea and Sushi, as well as a visit from OC Pippo Khalwa, known as 'Peaky' who performed his rap stylings to a slightly over-excited audience of current Carthusians in the Dome. On top of this, we had the extraordinarily popular Bubble Shake Shack, Coffee Shed and C'house Scoops run with entrepreneurial vigour by our pupil teams.

It was an extraordinarily exciting way to spend the penultimate week of the Quarter and a sure sign that creativity and the arts stay strongly at the heart of Carthusian life. It is hard to believe that Artifex has only been going for five years.