It is hard to believe that this is only the sixth year of Artifex. Our arts festival has become deeply embedded in the annual rhythm of Charterhouse. This year has continued to prove that it is a vital, vibrant force in Carthusian life, providing educational opportunities well beyond what is possible in the classroom. There were more events than any previous year with some pupils moving manically from one thing to the next.

Artifex 2019 saw the highest rainfall of any previous iteration, but spirits were not dampened! Wet-weather conditions following our ever-brilliant International Food Fair provided some added difficulty to the Inter-house Karting teams and Bodeites crossed the finish line first. Yet it was Daviesites who will remain in our minds, whose vehicle (which bowed out in the first lap) adorned with lights and a complex air horn capable of playing La Cucuracha. Thankfully for them, they were able to make up for their karting troubles with a victory over Gownboys in the House Quiz Final. We had a new inter-house innovation this year, with the Inter-house Graffiti which saw houses compete under timed conditions to produce a work of art on the theme of injustice – our first winners being Gownboys. Carthusians themselves provided the canvas for an artistic event of sorts with our first Colour Run, arranged by Will Finnis (L and Adam Schilders (H) which saw lucky participants completely covered in ridiculous amounts of powder paint.

This year’s Artifex brought with it some seriously high quality musical performances. The Concert in the Cloisters series (curated by Owen Chan (S)) was particularly brilliant. A stand-out performance of Bach’s Double Violin Concerto was a transcendental experience for those lucky enough to listen. For the first time we had an International Music Concert organised by Cagla Kazanli (F) where pupils performed songs in their native tongues – a real treat for the audience. Our regular fix of Unplugged, organised by Louis Thomson (S) made for a relaxing evening in the dome with songs performed by Edison Qiu (S), Cagla Kazanli (F) and Archie Woodhouse (R), among others. Many of the same names made a reappearance in our C’house Got Talent, but with the addition of a rare rapping performance from MJD and a hilarious comedy sketch by Sean Tan (G).

We were blessed with some fascinating talks this year. Amnesty International saw Gabriel Brown (G) and his team put together some thought-provoking reflections on human rights and religious expression. The Charterhouse History Symposium, ably organised by Christopher Lim (R) saw a set of intriguing talks given by members of the Junior History Society. We welcomed back Jacob Bird (OC), appearing as his drag-queen alter-ego, Dinah Lux. It was a powerful talk on LGBTQ rights and openness to self-expression across society. This year saw the return of the Inter-house debating competition this year won by a strong Saunderites debating team who triumphed over Hodgsonites on the topic of the risks of nuclear power.

Pupils could also sign up for our numerous workshops with the opportunity to learn about the art of sushi, perfume-making (with Harry Sherwood (OC)), Book carving and Bullet Journals (from NOS and EAF) and even stained-glass restoration. Our chapel continued to be popular location for our nightly Cinema on the Ceiling, with films from the horrifying A Quiet Place to the toe-tapping Bohemian Rhapsody all sold out.

There was a technological theme running through Artifex 2019. 4mb produced, premiered and answered questions on their films exploring Technology and Ethics, covering topics from driverless cars to medical applications of AI. We also had a Virtual Reality Zone coordinated by Hridansh Saraogi (g) and Orlando Everitt (g) which gave pupils and (some rather terrified) beaks the opportunity to experience the latest in VR technology. Carthusians were also given the opportunity to try their best to defeat Brooke Hall in the gaming sphere in our first E-Sports battle, organised with skill by Saam Jourabchi (R) and Popon Sujairat (H). Under Hall provided the location for Alexandre Nastase-Bejenariu (g) and Zain Bokhari (L) to create, from scratch, an Escape Room – a seriously impressive achievement and an immensely popular event.

The South African cloisters provided a suitable venue for a thoughtfully compiled arrangement of speeches from Shakespeare. These ‘Shakespeare Shorts’, pioneered expertly by EBM involved powerful performances from Rohin Shingadia (V), India Gray (F), Ted Greenwood (G), Sean Tan (G), Samy Ramesh (B) and Shiv Pillai (G), alongside superb renditions from a number of our staff. Particularly memorable was the death scene from Anthony and Cleopatra, ably handled by AA and a cross-dressing EFP in the title roles.

Artifex 2019 drew to a close with our first Prom in the Park concert which saw performances of film music from Jurassic Park, Gladiator and some Last Night of the Proms classics. This large-scale concert, with professional players alongside our pupils was a fittingly cinematic end to another marvellous Artifex. 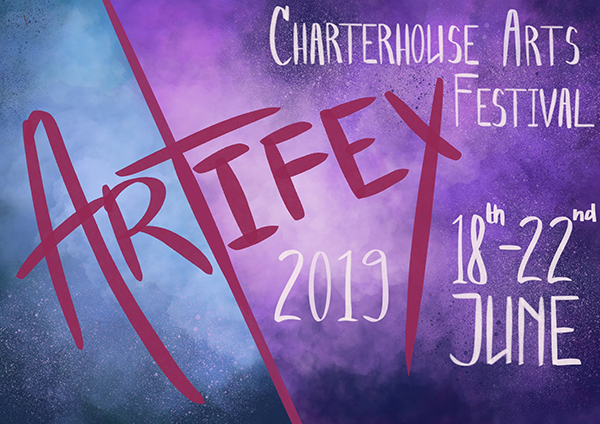