The Physics Department at Charterhouse is a thriving one, and our pupils gain an understanding of the physical principles behind such things as Mechanics, Optics, Electricity and Magnetism, Waves, Nuclear Physics and Astrophysics.

In addition to developing mathematical and problem-solving skills, we aim to emphasise the role of Physics in terms of its social, economic and environmental importance. The world would be very different without wireless communication, the electric generator and much more!

The department enjoys close links with the University of Surrey and local schools such as Broadwater and Rodborough and is a leader in the development of IT use within the classroom, and works with the Mathematics Department in delivering teacher training via the School-Centred Initial Teacher Training (SCITT) initiative.

Easter revision courses are run by the department for Year 11 pupils from local schools and also regular subject development workshops for teachers, including a residential course every summer. You can read more about our STEM Outreach project here.

In Years 9 to 11, pupils follow the Edexcel IGCSE course which provides a strong foundation for continued study in the Sixth Form.

In Years 12 and 13, Physics can be studied via AQA A Level or the IB Diploma Programme. Both of these routes cover the subject in an academically rigorous manner, with the fundamental areas of the subject treated in a satisfying level of detail, supported by a modern and in-depth practical course.

For full details of the curriculum, please use the link below.

As well as regular entry to academic completions at all levels via the British Physics Olympiad, there are a number of co-curricular societies on offer, examples include: 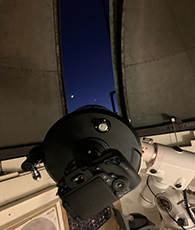 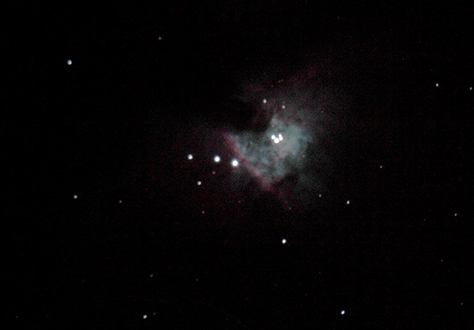 In addition, in Years 12 and 13 a Further Physics elective runs to allow pupils not studying the subject at A Level to explore areas to a higher level as a complement to their other A Level choices.

Mr Massey was educated at the Manchester Grammar School and then studied Physics at Christ Church College, Oxford. He followed this with a PGCE at the University of Manchester. He returned to his old school to teach for 6 years before arriving at Charterhouse in September 2015. Prior to becoming Head of Department he was Head of Year for two years. He is also Assistant Housemaster of Pageites and outside the classroom coaches football and hockey, and is involved in the outdoor education program as a Duke of Edinburgh expedition trainer and assessor. His primary interest outside of school is diving, usually in an overhead environment!

Mr Hearn is a former Head of Physics and Science at Charterhouse. He has thirty years Physics teaching and A-Level curriculum development experience. In addition, he acts as the IoP teacher network co-ordinator for Surrey, specialising in teacher education. In 2018 he completed a Physics education Masters degree at Oxford, researching explanations made by Physics students. He is going to lead the Charterhouse Maths and Physics SCITT initiative after retiring as Housemaster of Robinites, a position he held for nine years.

Miss Jackson joined Charterhouse from Coloma Convent Girls’ School where she taught Physics for six years.  Prior to this she taught at Torquay Boys’ Grammar School. She was educated at St Philomena’s Catholic High School for Girls, before reading Physics at the University of Exeter. She went on to study for a PGCE in Secondary Physics at Exeter. Miss Jackson enjoys travel, tennis, theatre and reading.

Dr Lancefield was educated at Bromley College of Technology and the University of Surrey. He was the Senior Lecturer in Physics at the University of Surrey before joining Charterhouse, where he headed the department for over ten years. His research was in electrical / optical characterisation of semiconductors, and the growth and study of high brightness LEDs. Dr Lancefield's interests include squash and golf.

Mr Stimpson was educated at Charterhouse; St Edmund Hall, Oxford (MEng) and University of Buckingham (PGCE). His interests include basketball, skiing and travelling. He is also the Assistant Housemaster of Hodgsonites.

Mr Tully was educated at King’s College Taunton, University College, London (BEng: Naval Architecture - First Class). He was an Engineer Officer for P&O Cruises and a Director at Clarksons PLC (shipbrokers). His interests include mountaineering, sailing, riding; and Territorial Army (HAC). Mr Tully is also the School’s Pupil Leadership and Development Director having previously been Housemaster of Daviesites for ten years and the Senior Housemaster.