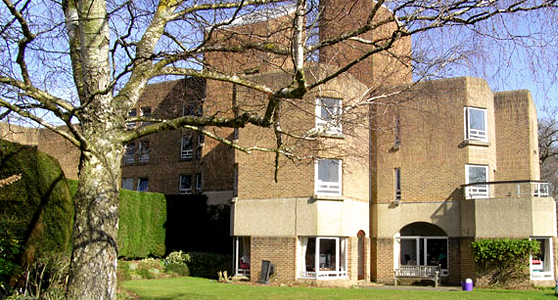 Founded by Monsieur Buisson in 1874 and refounded by Mr J E Bode in 1881 (who remained Housemaster until 1908), Bodeites was one of the last Houses to remain in private ownership, and was bought by the Governing Body in 1921.

The current building, opened by the Queen in 1975, was designed by the son of Sir Giles Gilbert Scott, architect of the Memorial Chapel. The accommodation allows nearly every boy to have his own study-bedroom throughout his time at Charterhouse. The Central Dining Room, Queen's Sports Centre, golf course and playing fields are within easy reach. 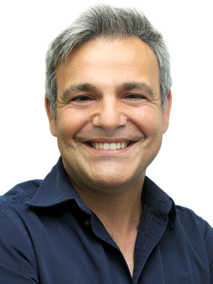 Bodeites is a House made up of many talents. The pupils pride themselves on taking part and trying their best in everything they do. The sense of House spirit created by this is strong and ensures that everyone feels supported and encouraged in all aspects of school life.

Bodeites is a happy House where pupils from different year groups operate effectively side by side. Pupils are encouraged to work hard but also get involved in many of the activities around the School. The House has a tradition of success in many areas including swimming, athletics, cross country, cricket, fencing, music and the arts. Having pupils with different aptitudes means that they get the opportunity to see talents different to their own and appreciate those around them.

Tasos Aidonis graduated from the University of Ioannina (Greece) in 1992 before going on to study for a PhD in Classics at Glasgow, and subsequently – having decided on a career in teaching – a PGCE.  He taught at Lancaster Royal Grammar School and at Fettes College in Edinburgh, where he became Head of Classics, before joining Charterhouse in 2010 as Head of Classics.

Tasos took up the post of Housemaster of Bodeites in September 2016 having previously been the Assistant Housemaster. He also teaches Classics and is Master of the Scholars.

Tasos has a wealth of boarding experience at other schools too, having been a resident tutor in the Junior House at RGS Lancaster before taking over an annexe of Fifth formers as their Warden for four years, and assistant Housemaster at Fettes for another five years, tutoring boarders in both the girls’ and boys’ Houses. He has also been involved in a wide range of school activities: he has been an officer in the CCF; coached rowing, hockey, football and athletics; directed plays and run a number of popular clubs, ranging from photography to politics. Outside school, he is interested in Renaissance History and Art, in which he completed a third degree in 2008 with the Open University. Other interests include theatre and drama, astronomy, hiking and Rugby League.

“Bodeites is an energetic and lively House. As a boarder, my friends and I have learnt to be independent and self-motivated. The atmosphere in Bodeites is very friendly – each year group interlocks strongly within itself and with others. There are many different activities which you can take part in and develop your own individual talents.” (Year 10 pupil)

“I came to Charterhouse rather nervous and intimidated at the prospect of starting at what seemed like an extremely large school. However, within days of being here the warmth of Bodeites had settled me and I felt at home. It is perhaps not academic prowess or sporting excellence for which Bodeites stands out; it is the friends, laughter and sense of community that is ever-present in the House. Bodeites has given me the confidence to excel, and turned me from a small prep school boy into a responsible Carthusian. I strongly recommend Bodeites; the pastoral care of the House is second to none.” (Year 9 pupil)

“Bodeites is like a big family. I know that after a hard day of lessons, a music recital, a big exam or a tough sports fixture, that back in Bodeites there are plenty of brother figures, older and younger, that have shared those experiences with me.” (Year 10 pupil)

“Pupils make an excellent contribution to their school community. They build exceptionally strong relationships and friendships through their boarding houses.” (Independent Schools Inspectorate)