Girdlestoneites sits on an island site close to the main teaching buildings. It accommodates approximately sixty boys. During their first two years, boys share double rooms, and from the Fifths (Year 11) they have single rooms.  Frederick Girdlestone (Old Carthusian) founded the House in 1874, having been associated with the School since 1853. He first became the Housemaster of Gownboys and on his move to Girdlestoneites persuaded a dozen Gownboys, including Robert Baden-Powell, to join him in his new House. The ‘Duck’, as he was affectionately known because of his peculiar gait (hence the commonly used name of the House: Duckites), retired in 1912. 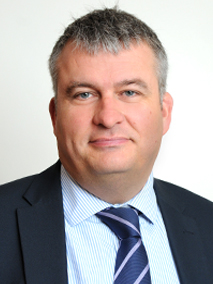 Girdlestoneites (known as Duckites) are tremendously busy pupils in all areas of school life, and this gives the House a distinctive spirit of energy and endeavour. Duckites are typically enthusiastic and hard-working, and seize the many opportunities afforded them by life in such a prestigious and successful boarding house. The House is an inclusive and cosmopolitan environment, with a strong corporate identity.

I am keen to foster a diverse and tolerant community for whom the idea of education extends beyond the classroom and into the normal pattern of their daily lives. One of our cardinal aims is to promote a culture of self-motivated intellectual enquiry and critical debate, where due respect is given to academic excellence. All Duckites are also expected to contribute to the cultural richness of the House. Scholarly endeavour is, however, regarded as a complement, rather than an alternative, to full participation in co-curricular activities. The House has recently enjoyed a strong reputation in football, hockey, cross-country-running, art, chess, and music.

Mr Hazeldine studied Economics and Politics at the University of Sheffield. He then went on to the University of London to study for a PGCE in Economics.  He moved to Charterhouse in 2000 having worked at St George’s College, Weybridge and Ashville College in Harrogate. As well as teaching Micro Economics, Mr Hazeldine has held many posts over the years including Head of Careers and eight years as Housemaster of Bodeites.

“Our Housemaster has created a really warm and happy home for us. One of Duckites’ greatest strengths is that we really believe in the moral values of the School and treat each other with kindness and respect. We are all treated very much as individuals with specific needs and everyone’s ideas and contributions are welcomes valued equally”. (A year 9 pupil)

“Duckites House is truly home from home. There is a warm and caring atmosphere with friendships being built between students that will last well beyond our time at Charterhouse. Mr Hazeldine and our House tutors provide a strong support network and Matron takes great care of us too. As an international student, this is especially important to me as the inhabitants of Duckites are like my family when I’m at school in England.” (Year 10 pupil)

"Duckites is an incredibly welcoming and friendly House, accepting of all personalities and abilities. In my year, the skills range from talented musicians to excellent sportsman and drama enthusiasts. I also like the fact that all the years mix well, something that our Housemaster actively encourages.” (Year 13 pupil)