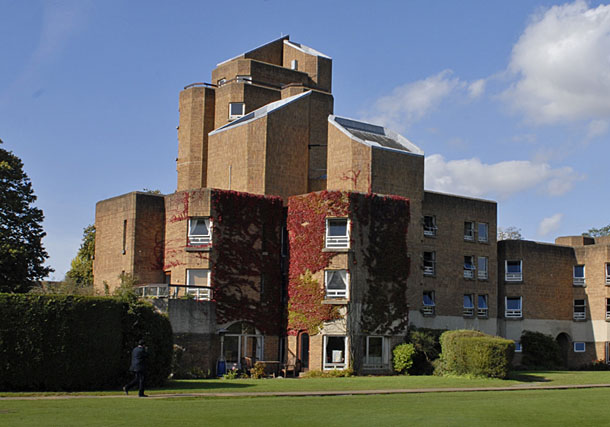 Originally one of the four Houses located on Charterhouse Hill, Weekites was bought from its founding Housemaster, the Reverend Weekes, in 1896. It moved to its present site on Queen’s Drive in 1973.

The current building was designed by the late Richard Gilbert Scott (OC and son of Sir Giles Gilbert Scott, the architect for the Charterhouse Memorial Chapel).

Weekites accommodates 62 boys in total. There are four twin rooms for boys in the Yearlings and the rest of the boys are accommodated in single study-bedrooms.

Conveniently located next to the Central Dining Room, and near to the Queen’s Sports Centre, Crown and sports fields, Weekites House provides pupils with the chance to have some space and peace away from the busyness of the main school site and classrooms. 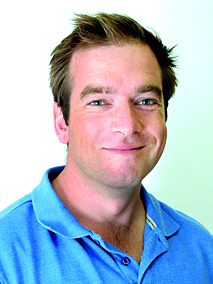 Weekites boys are a wonderfully diverse bunch – as at home on the sports field as they are on the stage and in the classroom. They have a reputation for getting involved in everything that is going on, and for performing at the highest level on all fronts. Older and younger pupils mix happily together and support one another to create a kind, vibrant and purposeful community.

Weekites are actively encouraged to see their time at Charterhouse as a privilege, rather than as a right, and to learn the importance of humility and service as vital components of leadership.

Parents and guardians are very much part of the Weekites family, and are encouraged to pop in for a coffee and a chat as well as coming to see their sons in matches, plays and concerts whenever possible.

Ed Poynter teaches English and has been Housemaster of Weekites since 2014. He has an English and Classics degree from Exeter University and had a career in the Army before moving into teaching in 2010.  Over the course of seven years as an officer in The Royal Green Jackets and The Rifles, he saw active service in Bosnia, Iraq, Kosovo and Afghanistan.

Before joining Charterhouse, Ed was an Assistant Housemaster and English teacher at Ardingly College, where he was also responsible for the Duke of Edinburgh Award Scheme and for co-ordinating all outdoor education, and he has coached rugby and football.  He is an avid student of literature, history and the arts and an enthusiastic runner; in recent years he has run the Thames Path from its source to the Thames Barrier and completed the Devizes to Westminster Canoe Race.

In 2019, Ed was appointed to the role of Senior Housemaster; he is part of the School’s Senior Leadership Team.

Ed is married to Emily (a primary school teacher) and they have three young children. They share a love of the outdoors – mountain walking, surfing, camping and skiing whenever time allows.

“In Weekites there is a fun atmosphere in which everyone is involved. The whole house comes together and forms a community where we have fun in house, on the sports pitch or on the stage. All of the year groups mix together really well and create a sociable, positive and productive environment.”
a Second Year Specialist

“Weekites is the house for me because it welcomes people with different abilities, so that you always have someone to muck about with.”
a Fourth Form Pupil

“In Weekites we demonstrate pride in everything we do whether it be sports, academics or cultural activities. We value our house spirit highly and are serious about committing ourselves to our highest potential. Weekites is known for its ‘work hard, play hard’ attitude.”
a Removes Pupil

“Weekites is like a big family. I know that after a hard day of lessons, a music recital, a big exam or a tough sports fixture that back in Weekites there are plenty of brother figures, older and younger, that have shared those experiences with me.”
a Removes Pupil

“It was clear from my first day that Weekites was a place where respect was shown to all, and all members of the house are equally valued and appreciated, no matter what particular areas they excel at; you will always be encouraged, supported and motivated by your housemates. I'm so happy to have chosen Weekites, and will always be thankful that I am, and always will be, part of the Weekites family.”
a Second Year Specialist

“Boarding school is the best choice I've ever made. Although it felt foreign at first, Weekites is a second home to me and I have made friendships that will last for years after I leave Charterhouse. I wouldn't want to be in any other House.”
a First Year Specialist